Repost on Facebook and Twitter
"During the next four days, Operation Winter's Thunderstorm continued, but in the absence of the impulse that would promise her immediate success. 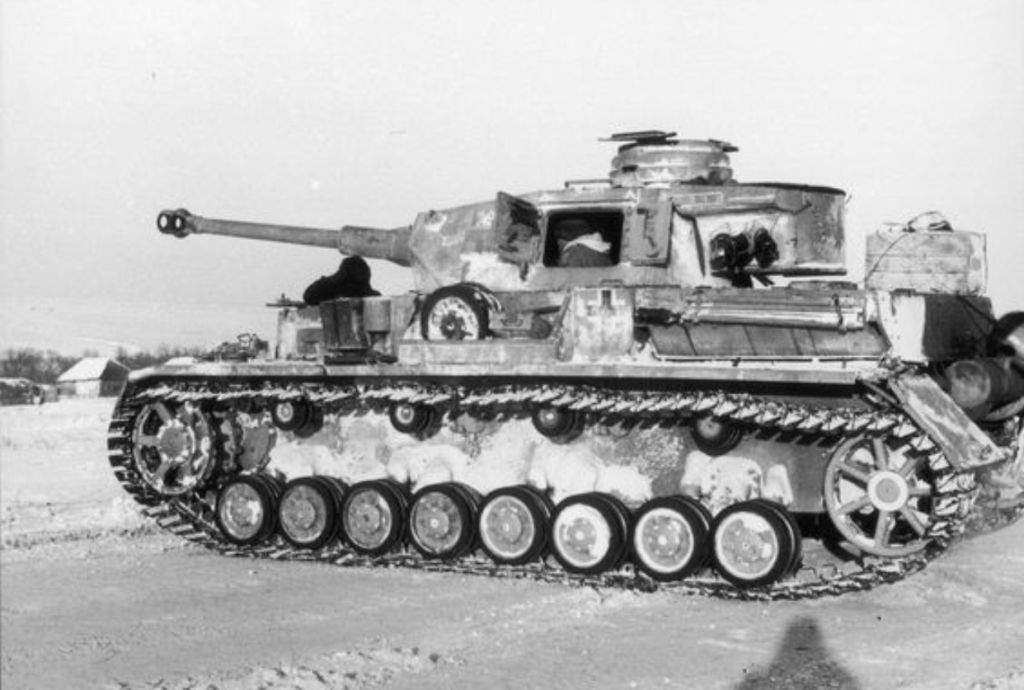 On December 14, the German troops had to evacuate a part of the bridgehead between Chir and Don in an area east of the Don. The offensive from the bridgehead in any case had to be abandoned, since even the division that Hitler originally agreed to transfer to strengthen the grouping on the bridgehead had to be transferred to the LVII section of the tank corps.
On December 17 and 18, the LVII Panzer Corps, which, after the arrival of the 1st Panzer Division, had already had three formations, was linked to fighting in the Verkhnekumsky area, halfway between the Aksai and Myshkov Rivers.
On December 19, the LYII tank corps unexpectedly escaped to the operational space, sharply increased the rate of the offensive and went to the Myshkov River, 50 km from the besieged 6th Army. Still, E. Manstein reported to Hitler that the LVII corps might not be able to connect with the 6th Army, but there could be no question of creating a permanent corridor for the encircled grouping.
Now he considered the breakthrough the only way out. The army was to gradually withdraw its troops from the northern sectors and out of the city and make their way towards the LVII tank corps. This, in his opinion, was supposed, at least, to save most of the troops and the equipment that was still on the move. E. Manstein even managed to send to the 6th Army a preliminary order to prepare for a breakthrough.
The task of the army, E. Manstein believed, should first be the penetration of the corridor to the Myshkov River, to the positions of the LVII of the tank corps, where up to 3,000 tons of cargo have already been harvested, which the convoys should transport to the remaining troops surrounded by the troops.
Then the Sixth Army, having seized all the equipment it can, should lead the besieged parts out of the cauldron and retreat to the south-west. The army must be ready, but do nothing until the appropriate order is followed.
However, Hitler, inspired by the success of LVI I Corps, refused to approve this plan. Instead, he ordered a transfer from the group armies "A" in the 4th Panzer Army motorized division SS "Viking". The 6th Army, insisted the Fuhrer, must hold positions until firm contact with the releasing connections. Only after that it will be possible to begin systematic withdrawal of army units.
Before that, it is necessary to transfer enough supplies, primarily fuel, to the besieged troops with the help of aviation in order to provide the 6th Army with a 50 km reserve of mobility. Hitler knew that the available fuel reserves at that time could not last more than 30 km. "
Leaving your personal data you agree its processing. Personal data is any information that refers to you as a personal data owner (full name, date of birth, city of residence, contact phone number, e-mail address, occupation etc.) Your consent applies to the implementation of any actions by Stalingrad Front regarding your personal data, which may be requested for collecting, arranging, storing, detailing (updating, changing), processing (for example, sending letters and making calls) etc. under the existing laws. Consent to process your personal data is for an indefinite term, but may be recalled by you (all it takes is your request to Stalingrad Front). Sending Stalingrad Front your personal data you confirm that you are familiar with rights and duties in accordance with "Personal data protection".