I've already mentioned in this article that the most popular finding at the Stalingrad battlefield among those, that carry a price besides coins, buttons and others, are dogtags.

According to Wikipedia, the German army losses (not to mention allies) in Stalingrad were 400 thousand people. According to another information, the losses of Wehrmacht and Luftwaffe were 660-710- thousand people. Each soldier and officer had an ID tag. It’s not surprising what a huge number of tags have already been found and how many more are still in the soil.
Now I would like to say a bit more about what tags can be seen at the Stalingrad battlefield.

5 ID tags of the 576th Infantry regiment included in the 305th Infantry Division of Wehrmacht were found on the Northern skirt of Volgograd in 2007. The division was destroyed in January of 1943 In the Northern part of the Pocket. It’s unusual that the data was written in the semicircle. 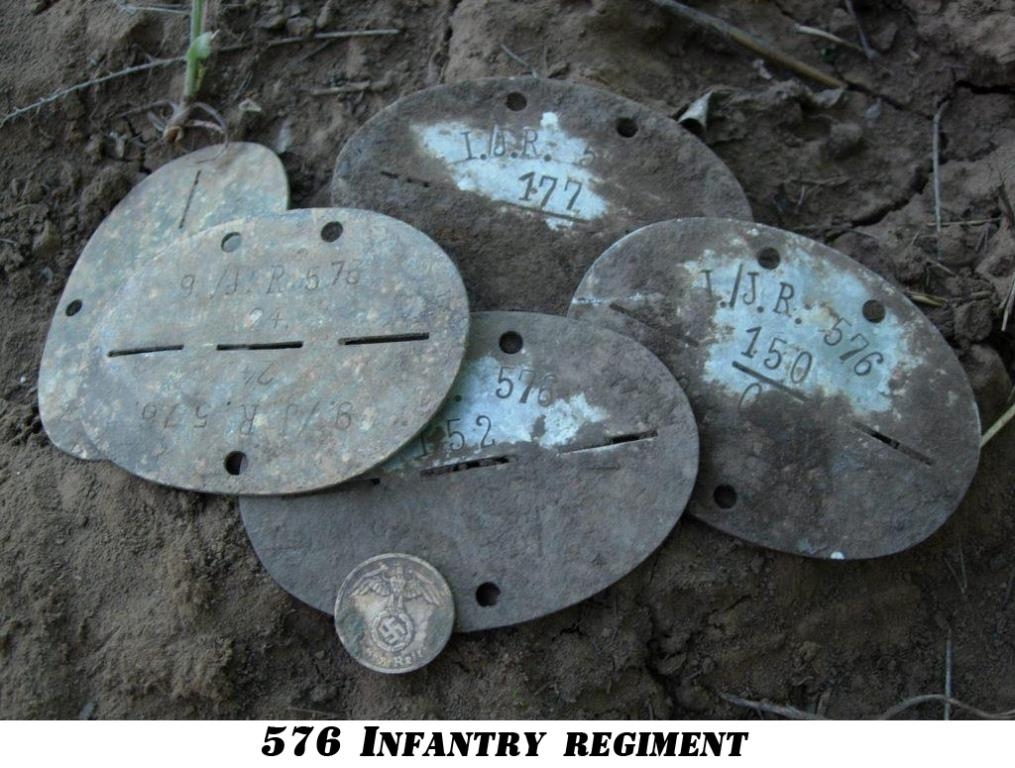 The next dogtag I’m going to talk about is 5.Fahr.Ers.Abt.9 (Fahr-Ersatz-Abteilung 9), which was found in the airfield Pitomnik area. The owner was a horse-drawn driver. According to two worn-out holes a soldier wore it laced right down the line, which was rather unusual. The ID-tag was found in the field, and the remainings were not found in the area. 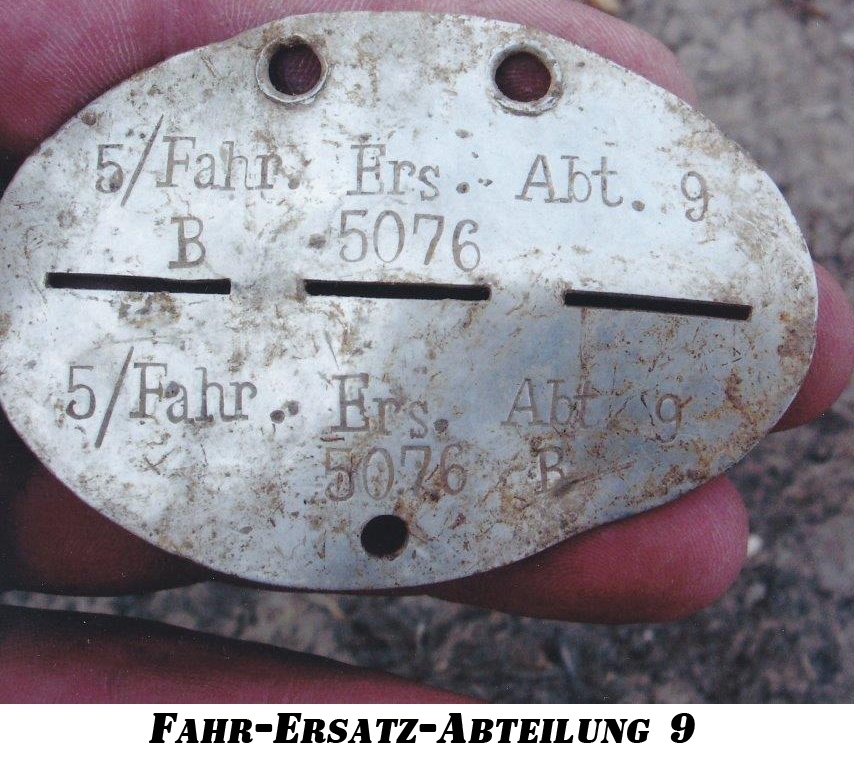 6 ID tags (ex., 3.Komp.Jnf.Ers.Btl.92 и 01.Ers.Battr.15), War Merit Cross and Panzer Badge were found in one and the same Gumrak airfield area. As you can see, different Wehrmacht division were located in the same place. I can suppose that those were the wounded, who came to the airfield aiming to leave that hell. 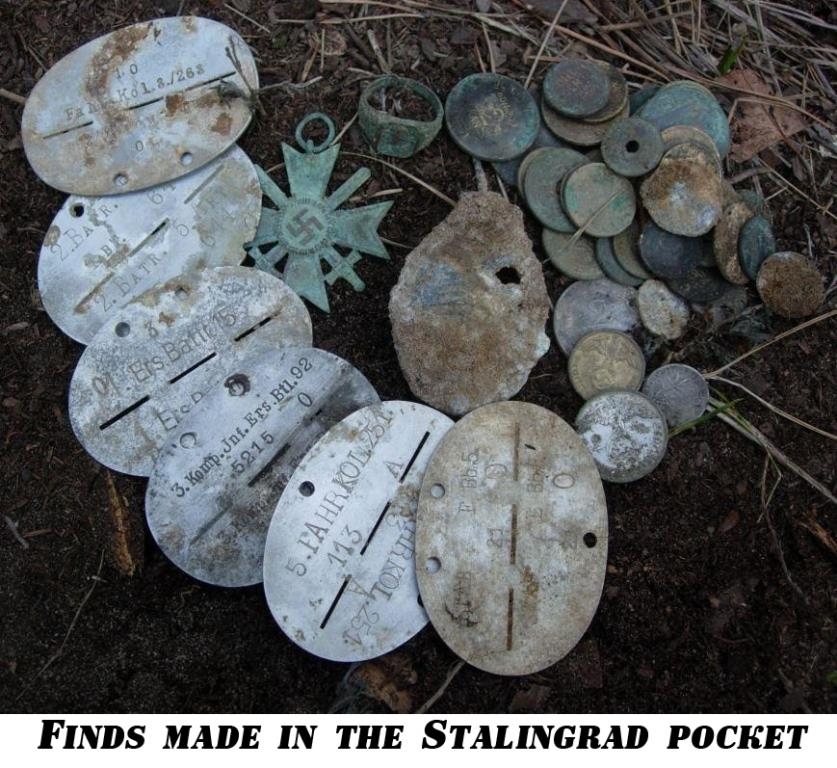 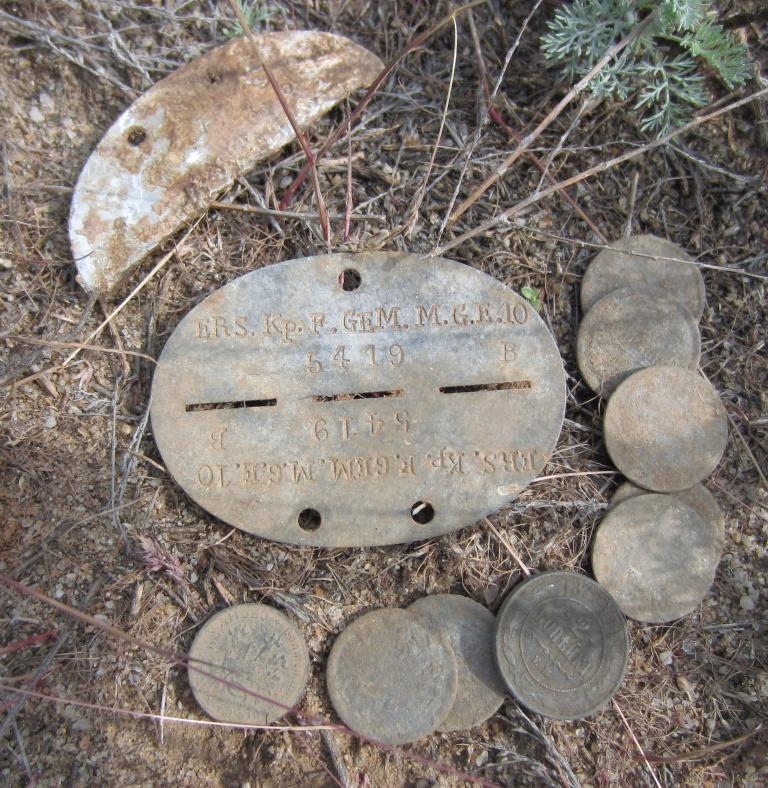 This tag was found in the district of pontoon crossing near Vertyachy village, where hard fights happened. ERS.Kp.F.GEM.M.G.E.10 - Ersatz-Kompanie für gemischte Maschinengewehr-Einheiten 10, which can be interpreted as “the 10th reserve troop for recruiting mixed machine-gun teams”. 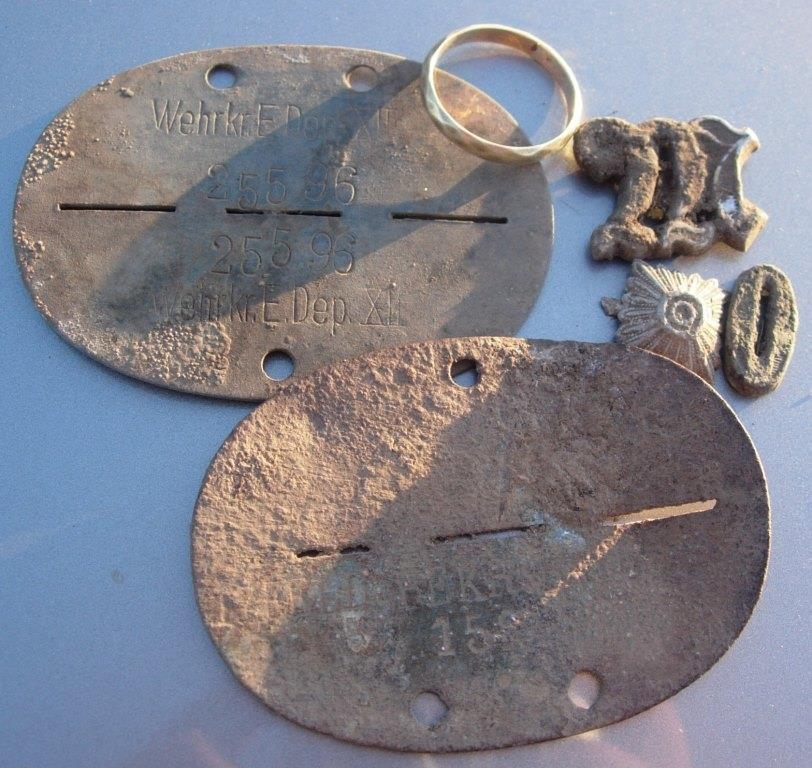 For example, such dogtag was found in a tent camp in the western town end of Stalingrad in 2008. Wehrkreis Ersatz Depot XII 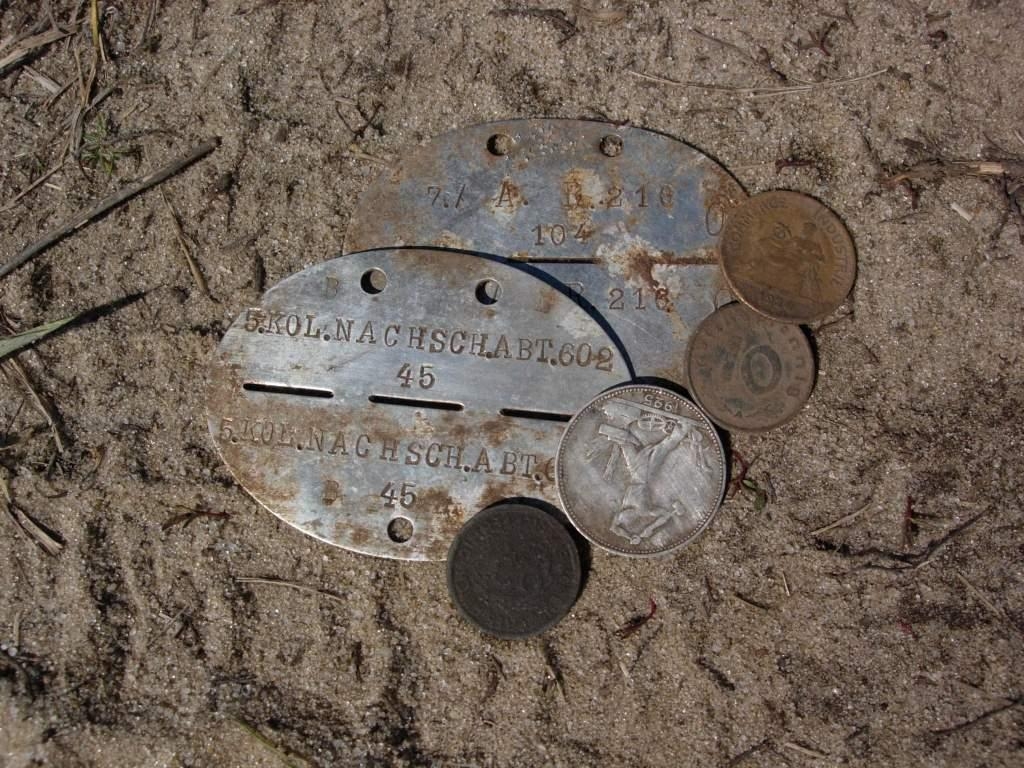 Things found near a prison camp in the Rudnya city area - 7./A.R.216 - 7.Batterie/Artillerie-Regiment 216 (7th battery of the 216th artillery regiment) and 5.Kol.NACHSCH.ABT.602- Nachschub-Kolonnen-Abteilung 602