Stories from the front

Interesting stories about the Second World War coming from the Soviet soldiers and officers, rear workers and civilians.

The German infantry and even tankers were always terrified only by seeing the Soviet heavy tank KV-1 on the battlefield. However, this tank was put into service practically without running tests and therefore had several drawbacks. It often stalled on soft soils and had a weak battery.

One such KV-1 was not lucky to get stuck during the 1941 retreat. The engine died out on a wet road, and a weak battery could not start it. Also, the crew ran out of shells and ammunition. The Soviet crew did not abandon the tank and barricaded themselves inside, realizing that the guns of German tanks could only scratch their armor.
An hour passed, the tanks of Wehrmacht approached. In 1941, the Germans had not yet seen all the horrors of the Eastern Front and were therefore self-confident and even arrogant. They knocked on the armor of the stalled KV-1 for a long time, offered the crew to show themselves, promised to feed them and treat them well, but the crew decided not to react. As a result, the Wehrmacht soldiers decided that the crew left the tank, while somehow closing the hatches outside, as the tank ran out of fuel. Or the crew died inside the tank from the accidental detonation of their projectile.

The Nazis tried to seize the captured tank, for this they drove two Pz.Kpfw.IIIs and hooked the cables to the KV-1 and were able to hardly move the heavy Soviet tank from its place. At the same time, the Soviet driver-mechanic turned on the transmission on his KV-1 and as a result, the tank jump-started. The capacities of two German Pz III tanks and one Soviet KV-1 were approximately the same, but the KV-1 had a diesel engine and therefore easily dragged two trophies to the main units of the Red Army, the crew of which of course left their tanks.

The victim of propaganda

Not far from our tank was a German woman with two children, probably eight or nine years old. At this time, we got porridge in our pots. Porridge was diluted with canned meat. Looking at this frightened child, I called him: “komme, komme, komme”. He, as I noticed, was scared of me. I look: he’s scared, his mother pressed him closer to her and doesn't let him go anywhere. I showed him the pot and spoon: like come on, eat. Then I went to the woman who was his mother, used gestures and said: “Let your child eat ...” 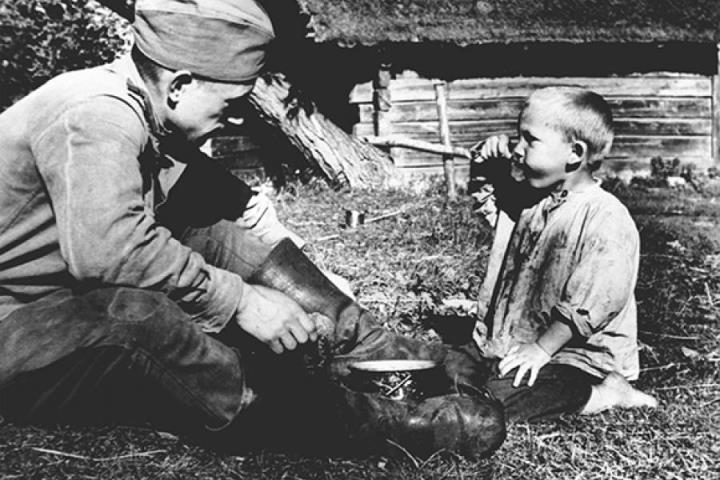 After that, she let him go. I put the boy on the tail of the tank and gave him my pot. At first, he ate apprehensively, and then faster and faster. Finally, when he ate everything, he reached out his hand under my helmet and began to look for something there. My comrade-in-arms was passing by, a Moscowite, who spoke good German.
“Ask him,” I told him, “what does he want?”
“Boy, what are you doing?” He asked.
“I’m looking for horns, horns, horns!” He answered.
It turned out that these Germans were drummed into their heads that all the communists are animals and walk with horns on their heads.

The secret of reliability of PPSh-41

Here is an interesting war story, which is difficult to verify, because things like these are not officially recorded. In the Russian city of Izhevsk during World War II was launched mass production of PPSh-41 assault rifles. So that when shooting, the barrel of the machine gun didn't heat up, and so that there was no deformation, the procedure for hardening the barrels had been developed. Hardening consisted of the following: the hot barrel of the machine, (just emerged from the furnace), was lowered into cold water. As a result, the metal was more durable and resistant to temperature extremes.
Suddenly, in 1944, there was a product defect - during the control firing, the barrels bent. At the factory, controls began, they were looking for saboteurs but found nothing suspicious. They tried to find out what had changed in production. And it was found out that for the first time since the start of production, the old craftsman, who was responsible for hardening of the barrels, got sick. He was urgently cured, returned to work and started being watched. 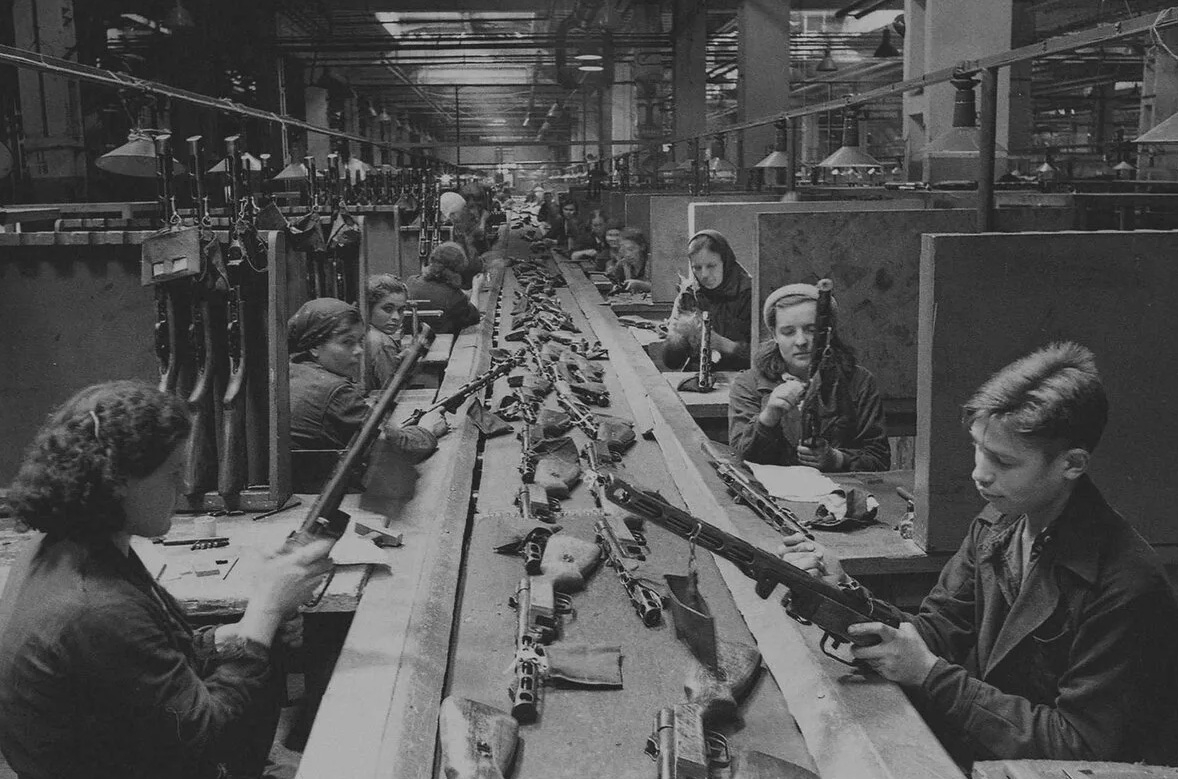 To the amazement of engineers and designers, a curious detail emerged - the old craftsman urinated twice a day in a quenching tank of water. And the defect has disappeared !!! Other “craftsmen” secretly tried to urinate, but it turned out that the urine of this old craftsman was required. The craftsman retired only when the factory switched to the famous AK-47 assault rifles and his “services” were no longer required.

The reason for the failure of German intelligence in Leningrad

German intelligence successfully operated in the Soviet rear. Everywhere except Leningrad. The Germans sent spies to Leningrad (which was under siege) supplying them with all the necessary things: documents, clothes, money, etc. However, they were all closing in on by the first patrol that came across to check documents. The Germans tried all the tricks, achieved a complete resemblance of fake documents with real ones. However, still, any semi-literate fighter drafted from Central Asia was able to found the most well-camouflaged spies. The Germans could not solve this problem. And the reason was simple: Soviet industry made paper clips for sheets of ordinary iron, and the Germans - of stainless steel. Accordingly, in besieged Leningrad there no person would have documents with new clips, they were all rusty. And the Germans gave themselves away by the brilliance.

How Germans and Russians swapped schnapps for valenki

This front-line story, similar to a joke, was told by a war veteran, honorary border guard of the USSR Petr Korovko. A surprising incident during the celebration of the new 1943 year occurred in one of the Soviet penal companies. On New Year's Eve, penal companies were given 100 grams of vodka. Former criminals warmed up and cheered up. However, what are 100 grams for a Russian person? They decided to send one fighter for seconds. The former thief managed to get to the German trenches and hammered into the parapet something like a block. After that, they wrote a note to the Germans: “We give you valenki, you gve us schnapps!” And sent it to the Germans along with the first valenki. For those who do not know what valenki are, you can read it here – link. The Germans were freezing and they needed valenki. After the first package, they received the answer - a bottle of schnapps. As a result, the whole company took off their shoes!
But the unexpected happened - the general flew to congratulate the penal companies on the New Year. From what he saw, the general was shocked - the penalties were sleeping at the bottom of the trenches in ordinary boots. And it was minus 30 degrees. Over the trench there was a persistent smell of alcohol. The general’s speech was short and emotional. The threat of executing all of those who conspired with the enemy was the mildest. The general gave half an hour to return valenki.
After that, inspired drunken penalized soldiers without shouting "Hurray!", silently went to the positions of the Germans. Without a single shot, with knives in their hands, they occupied the German trenches, beating the faces of those who did not want to return valenki. Also, they grabbed the remaining schnapps from the Germans. 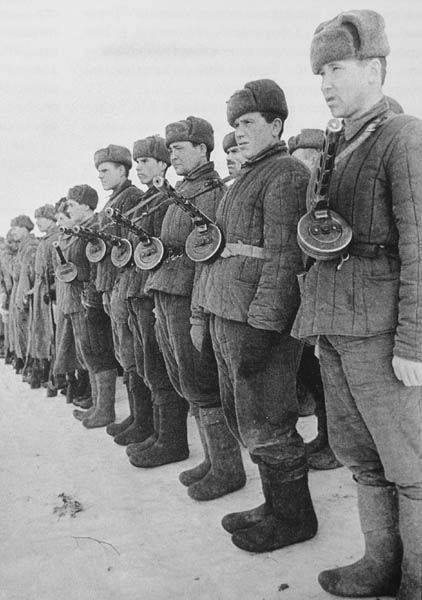