How is the restoration of the aircraft during the WWII

[{The Mikoyan-Gurevich MiG-3 (Russian: Микоян и Гуревич МиГ-3) was a Soviet fighter and interceptor aircraft used during World War II. It was a development of the MiG-1 by the OKO (opytno-konstruktorskij otdel — Experimental Design Department) of Zavod (Factory) No. 1 to remedy problems found during the MiG-1's development and operations. It replaced the MiG-1 on the production line at Factory No. 1 on 20 December 1940 and was built in large numbers during 1941 before Factory No. 1 was converted to build the Ilyushin Il-2.]

The first thing is exploration and collection of information about the object.Then preparation for check out and departure for the proposed location. Often the exhibits are well preserved in bogs or ponds. This aircraft was found in a lake in the Murmansk region.

Most likely the airplane is deep to the bottom and it hides the layer of silt. Pull ropes does not make sense, as broken fragile structure of the skeleton. In order to get her out of there, you need to pump air under it that the process was as natural as possible.

1. The plane with the cylinders of air is lifted by tower crane 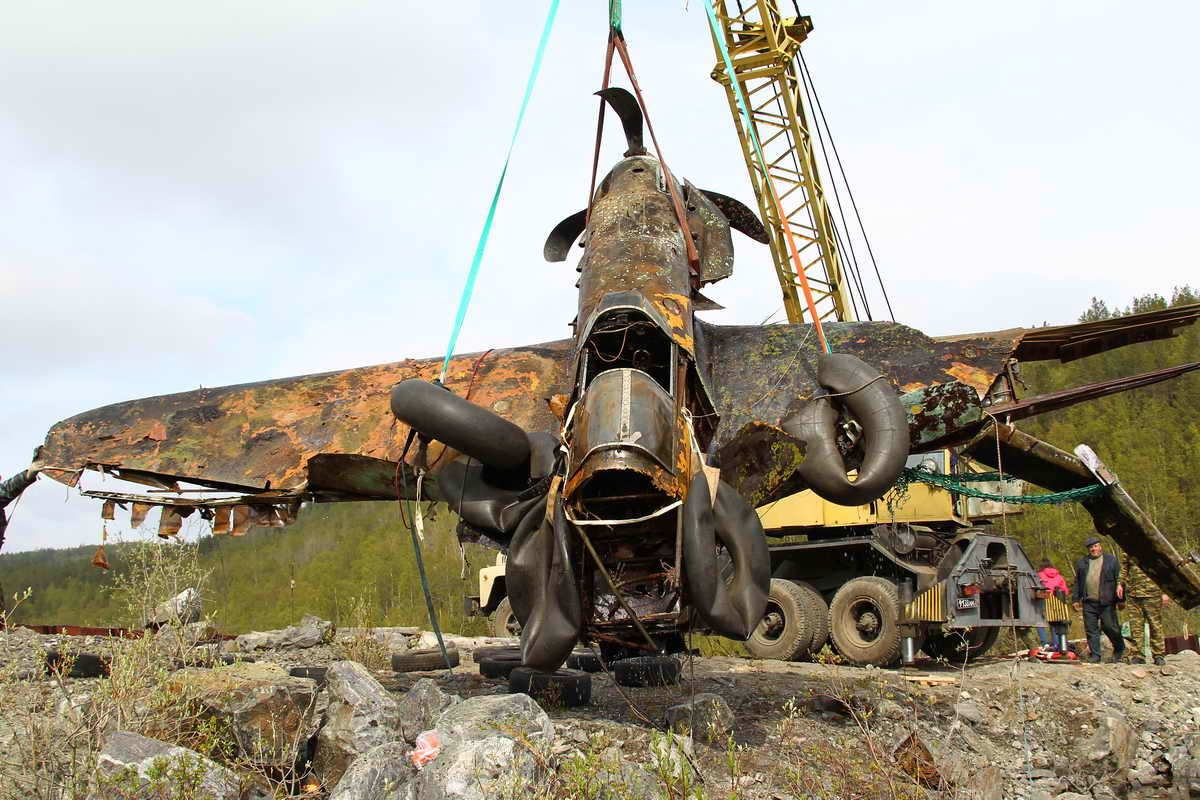 2. Further, the aircraft must be cleaned of mud and silt 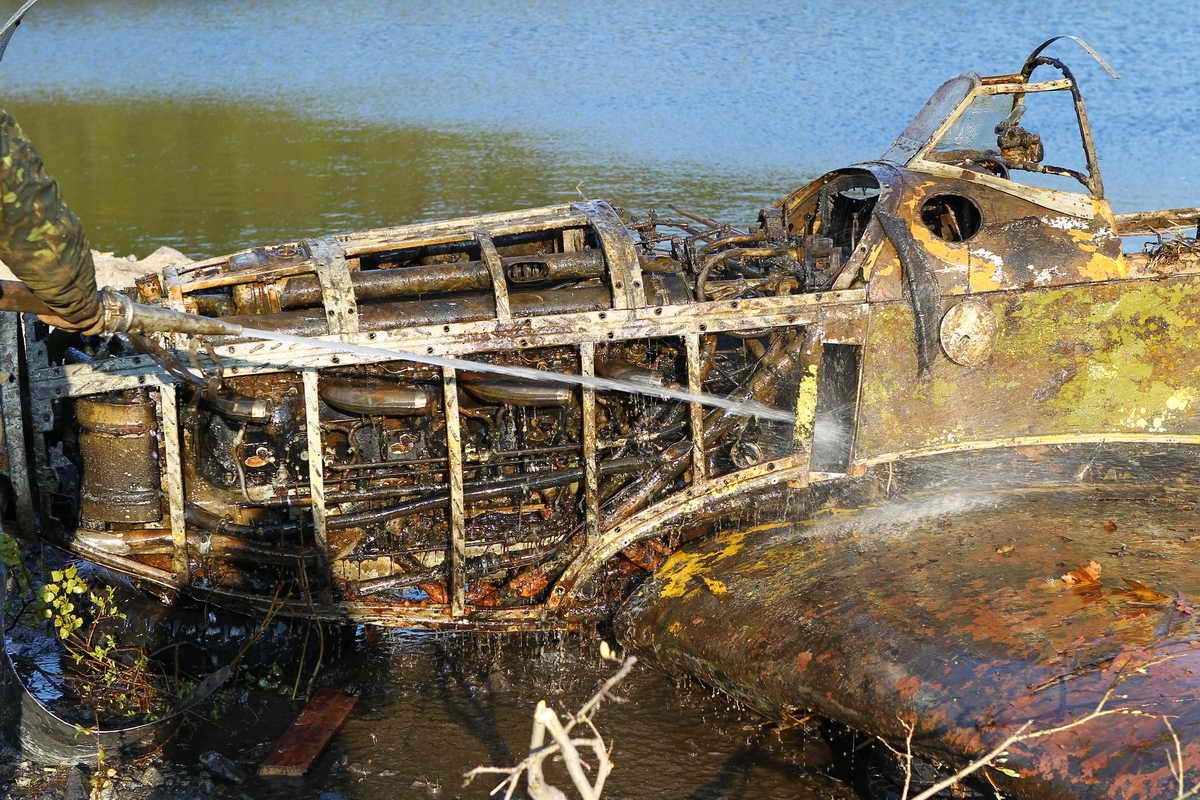 3. Already clean the body of the aircraft 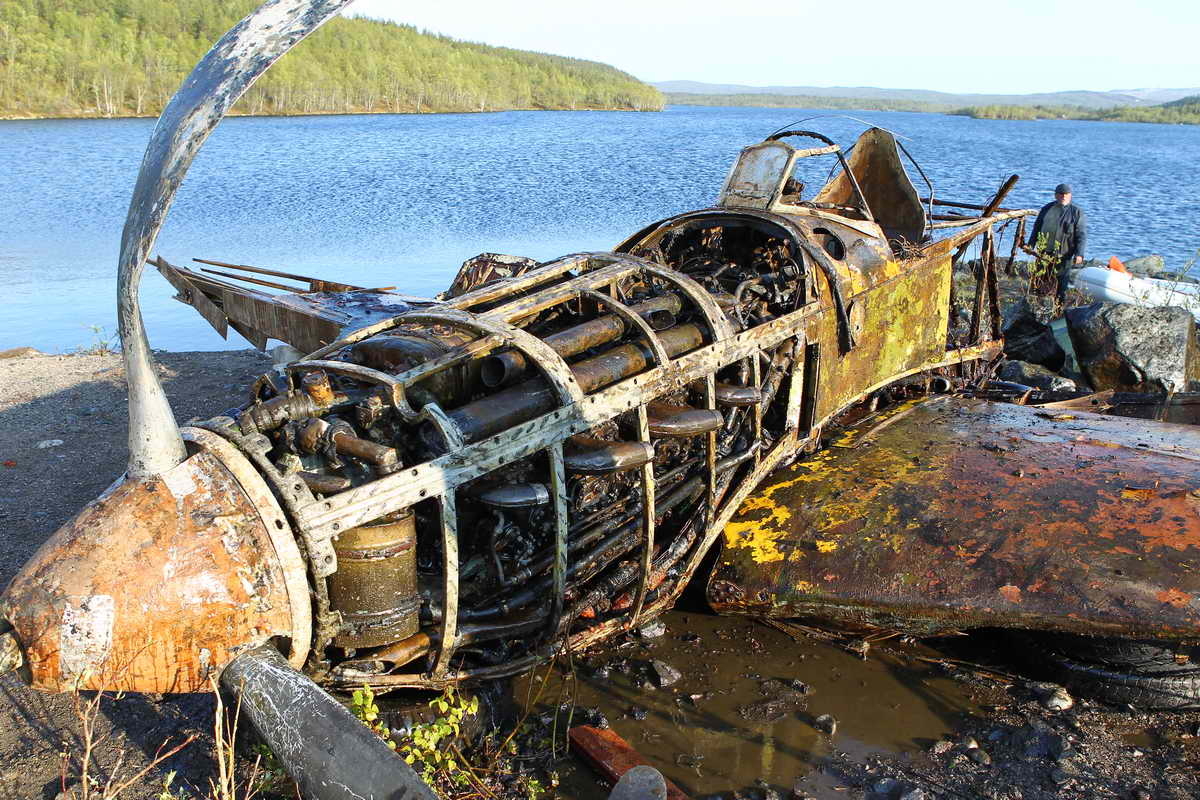 4. Everything starts to rust immediately in the air 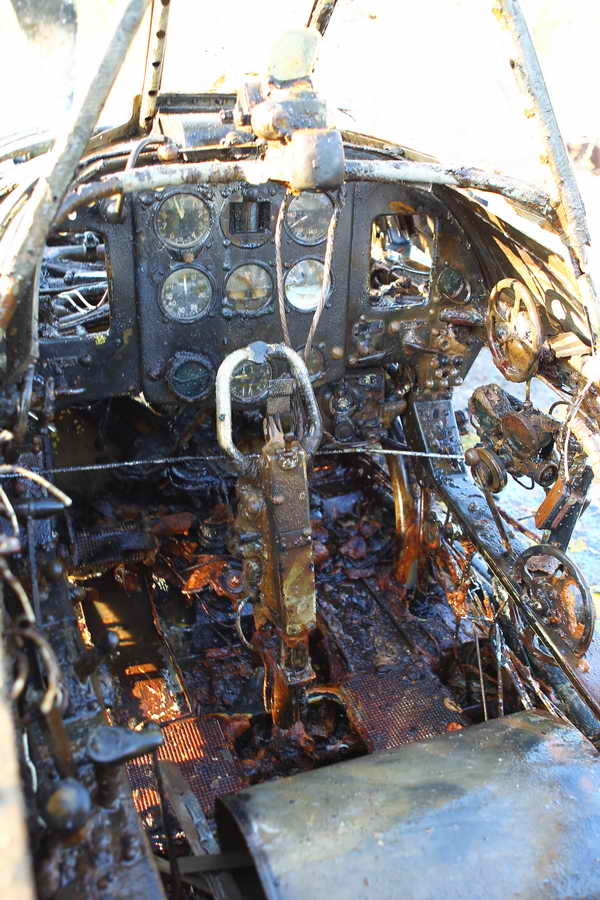 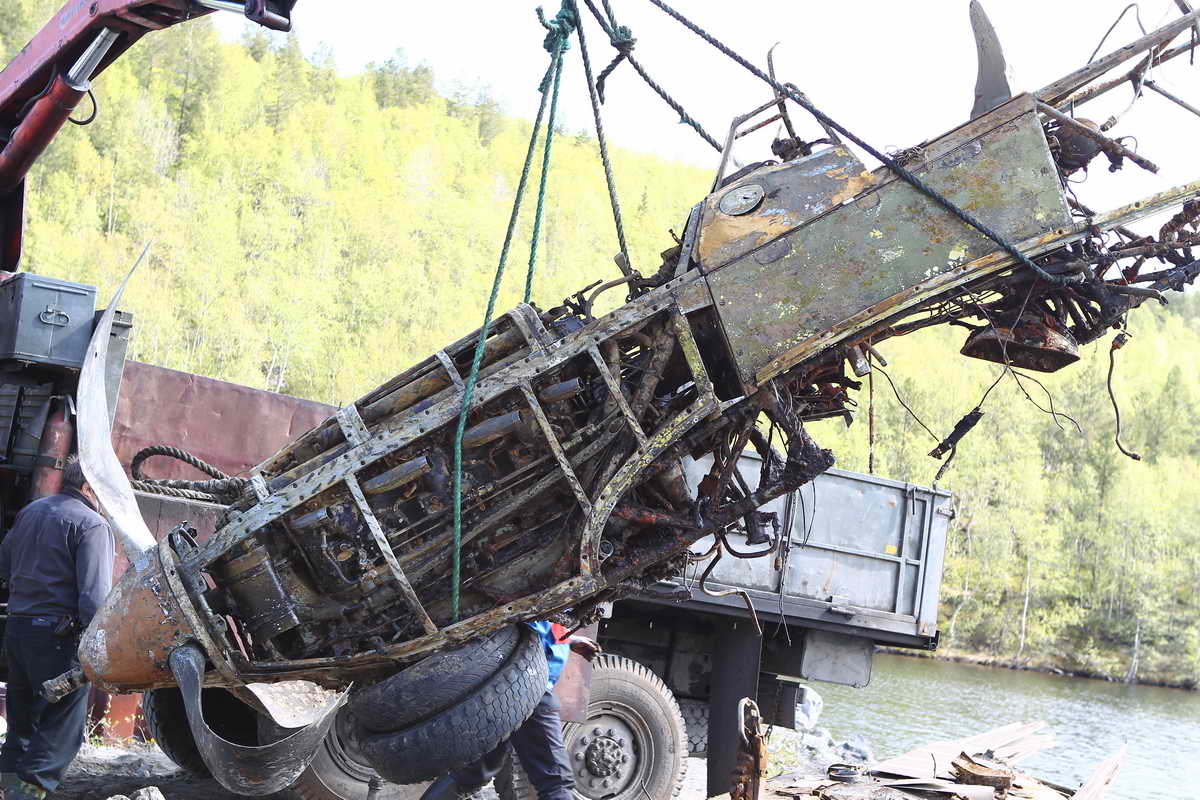 6. Details is packaged and loaded onto trucks

Further details are loaded onto trains and sent to Novosibirsk, to the factory, where over the next few years the aircraft will be restored to flying condition!

7. Start with the skeleton 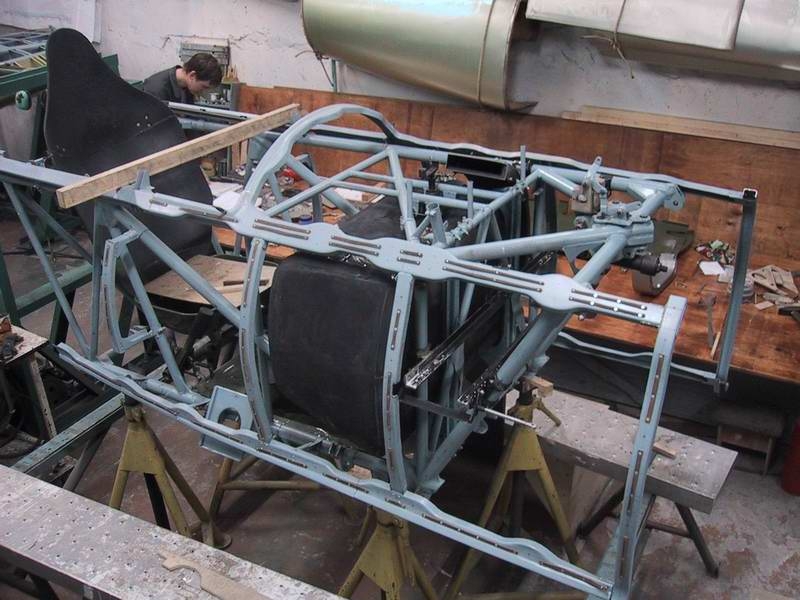 8. Then everything grows "muscles" 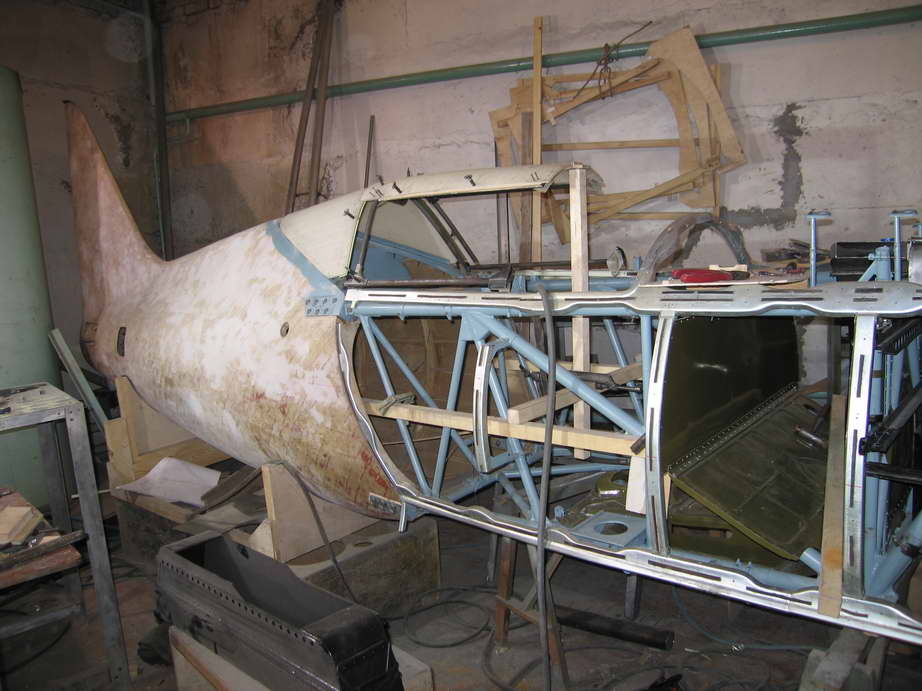 9. From the piles of scrap metal, the plane takes on the familiar features 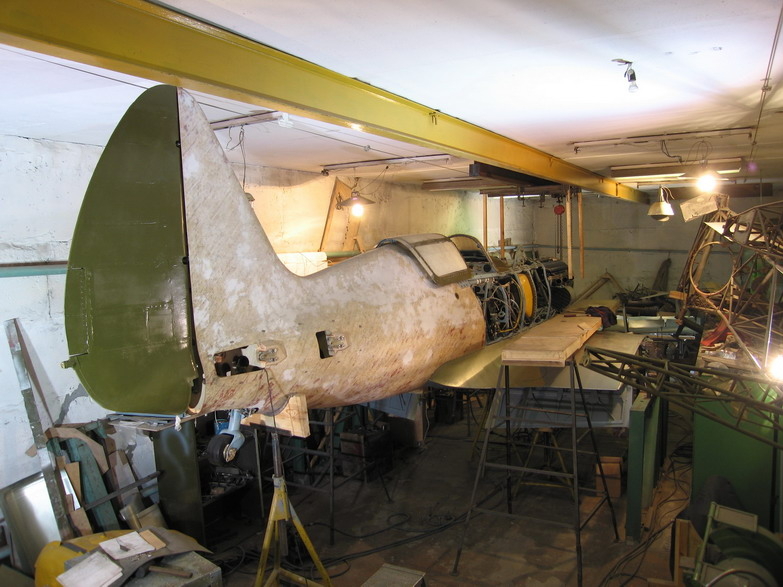 Rebuilding the engine and flight nodes from scratch.

The engine is soaked in kerosene to separate the dirt. All parts are changed and collected.

10. How changed the cabin after restoration 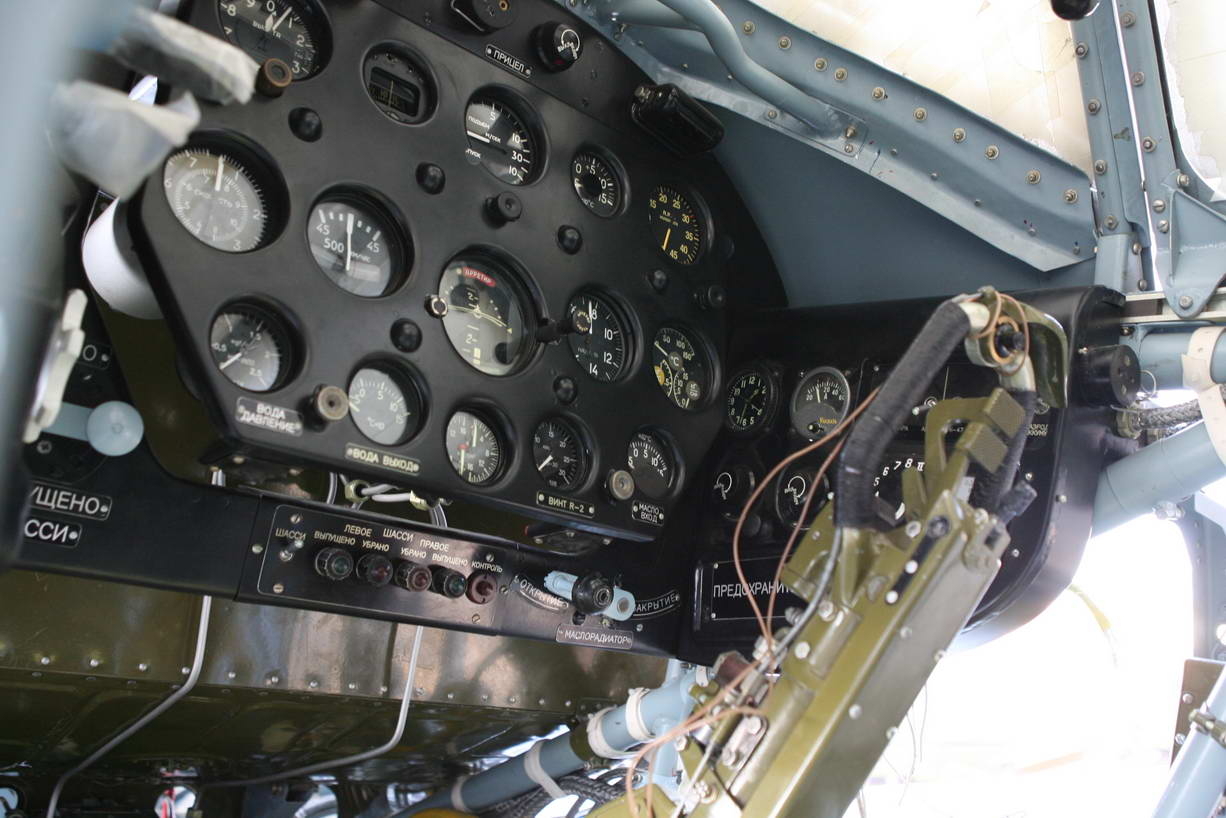 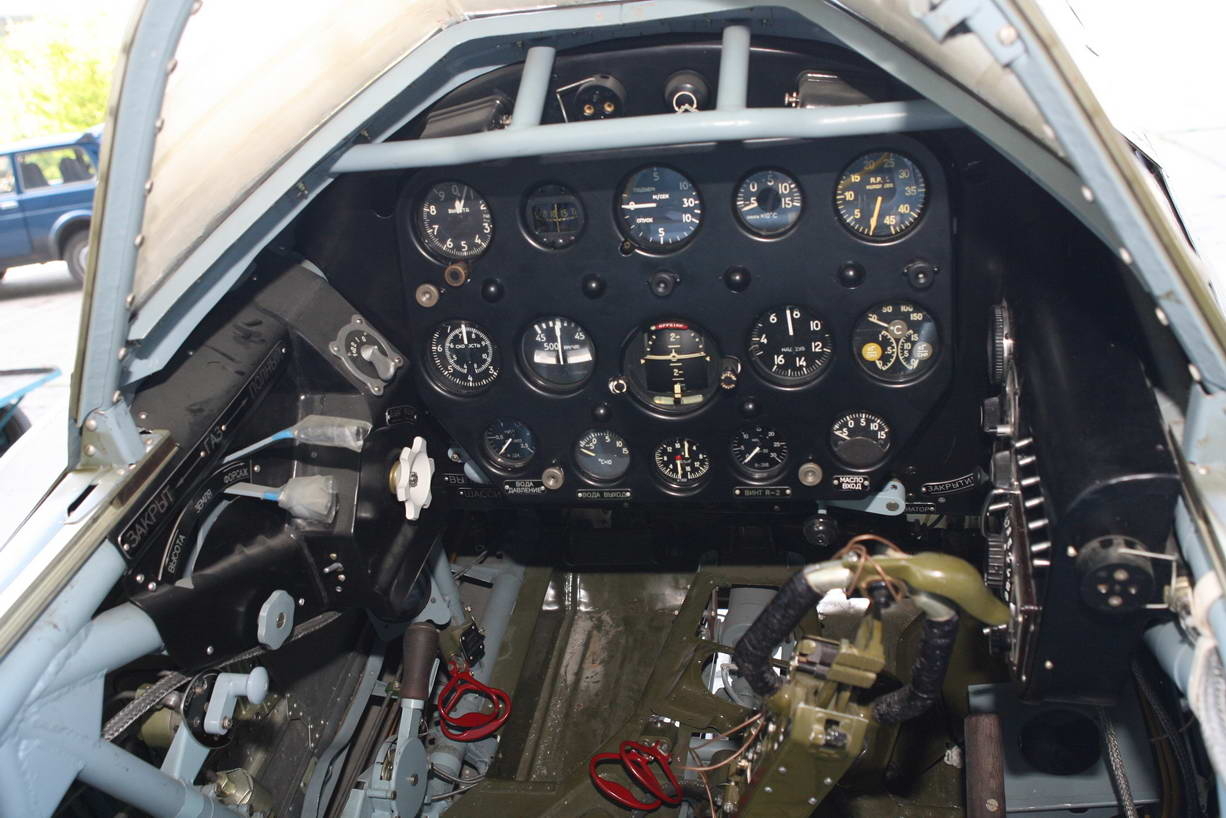 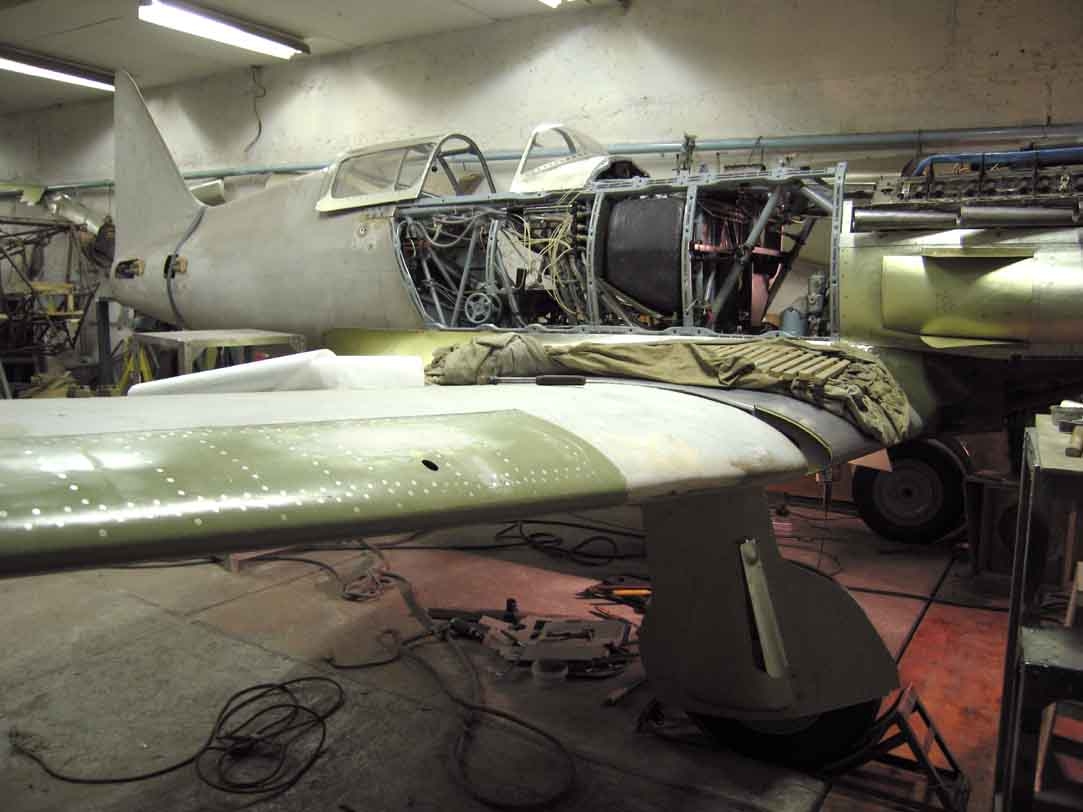 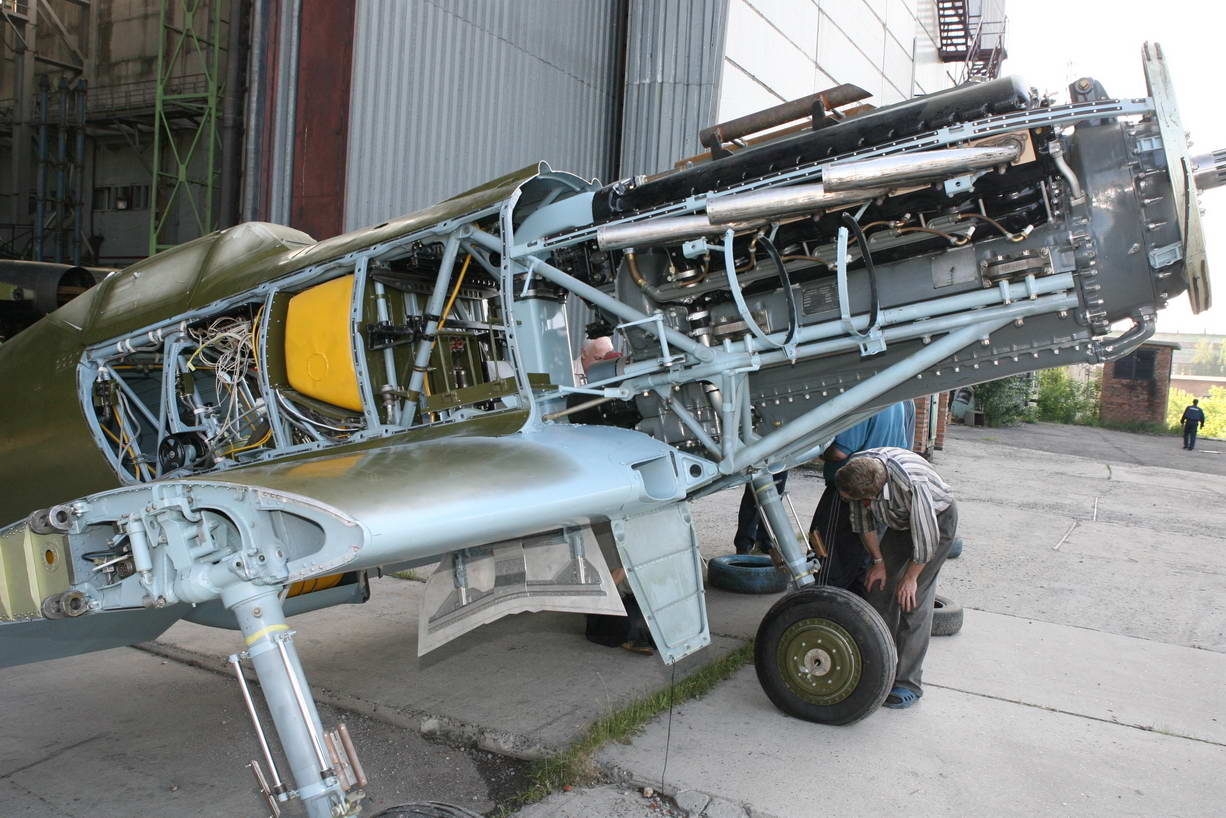 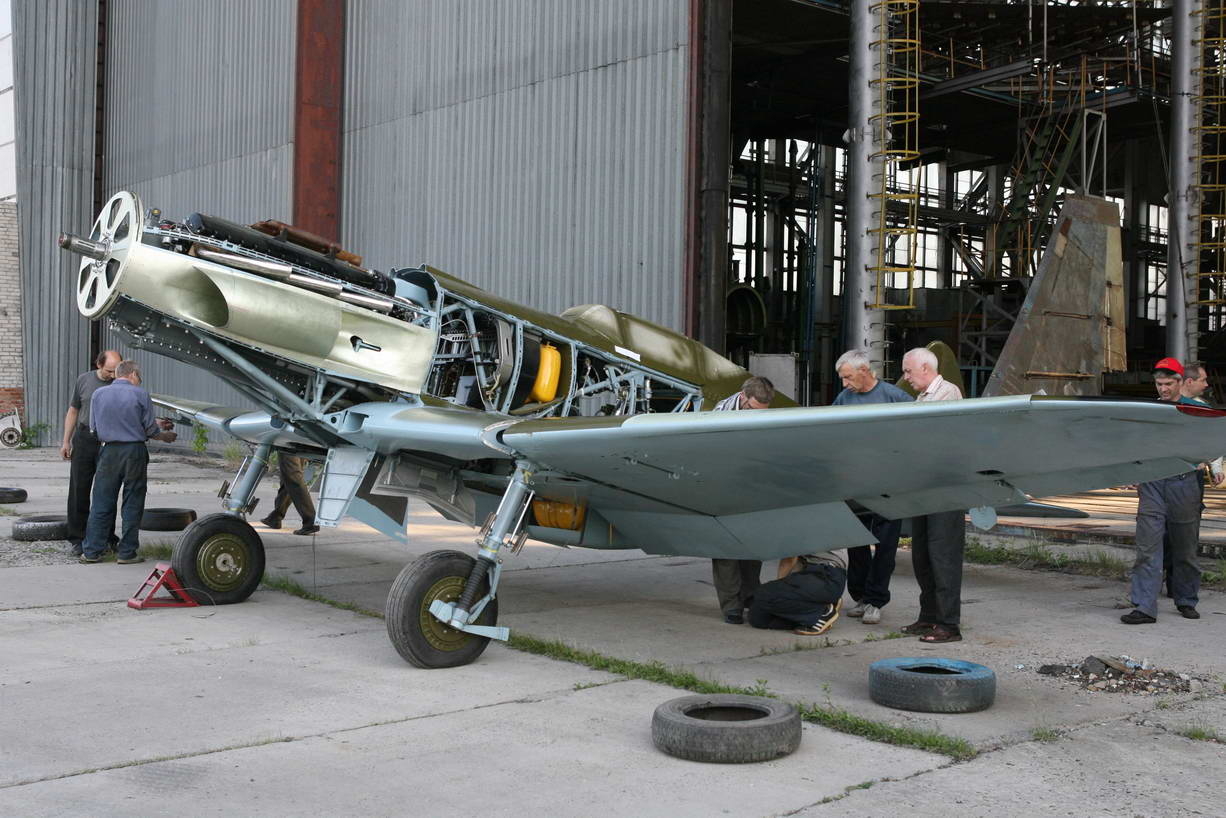 13. After everything is checked. The plane finally collected, painted and ready for first flight. 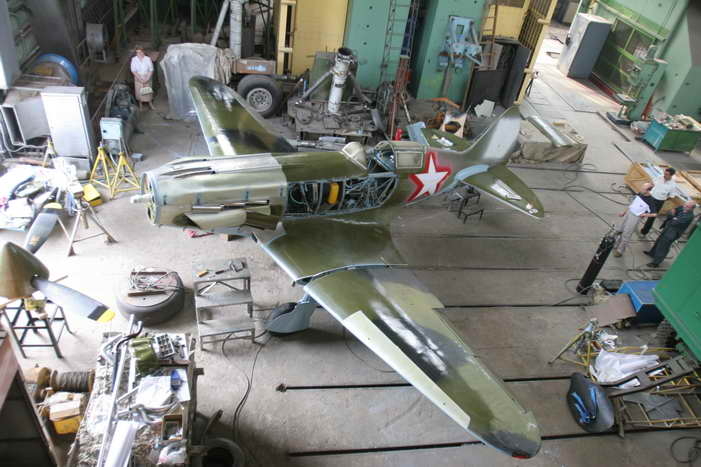 And now, after many years, the aircraft made its flight! 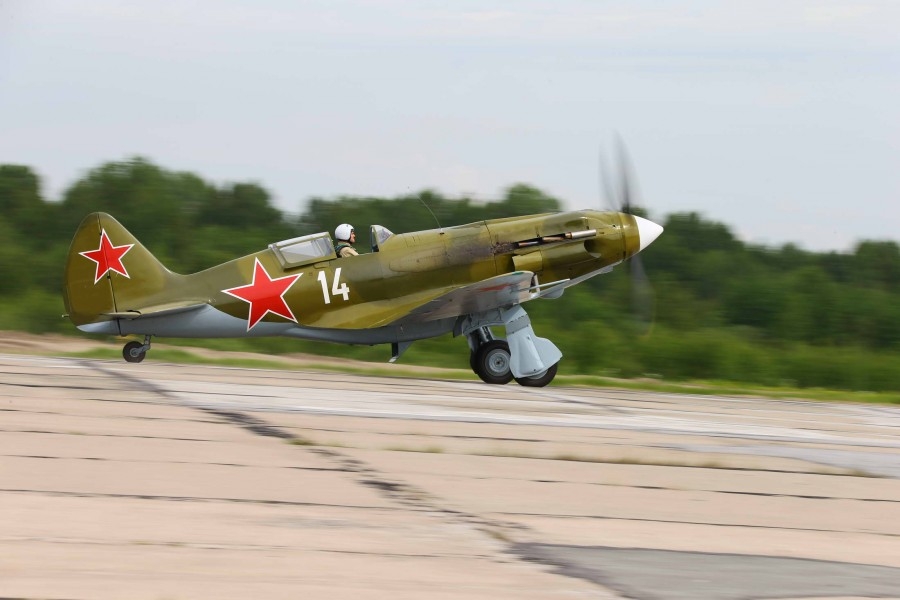 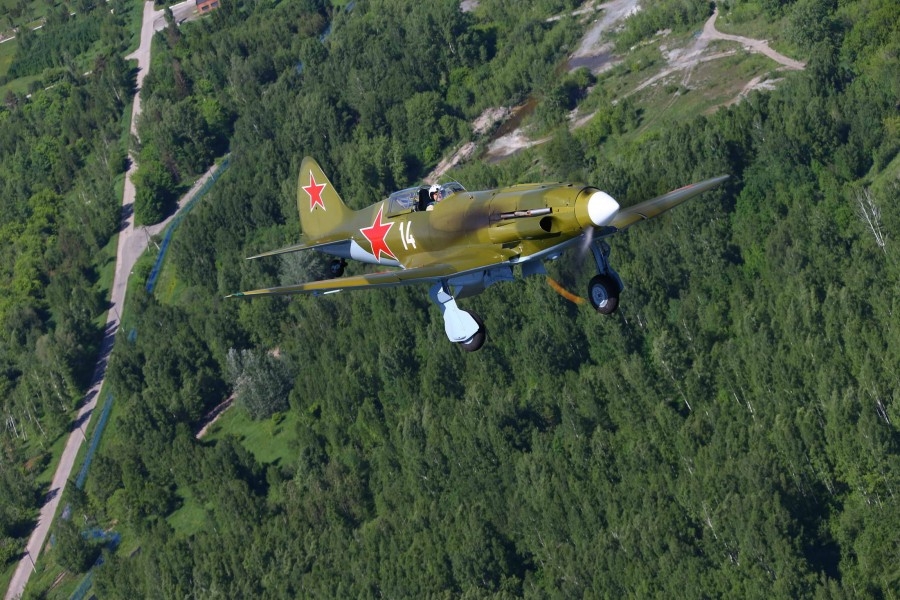 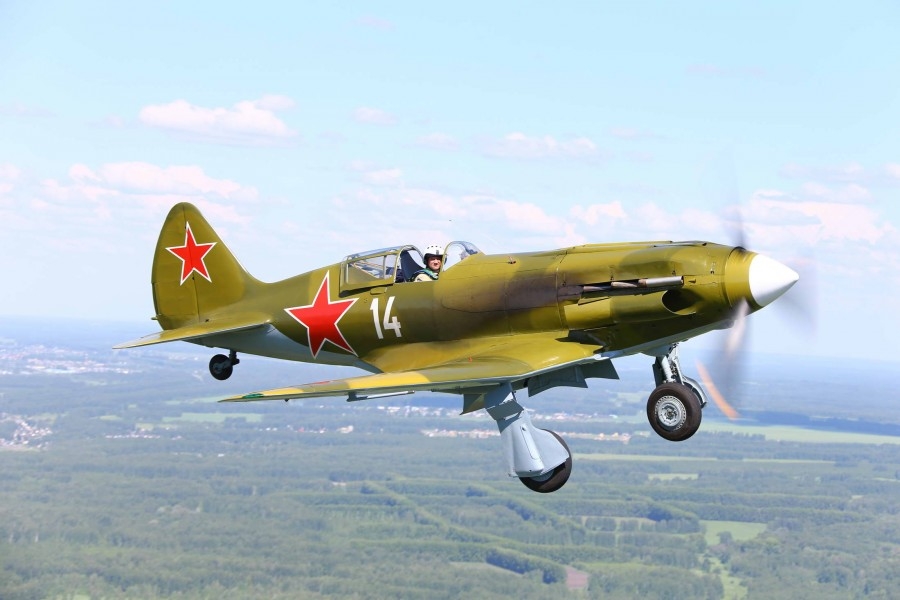 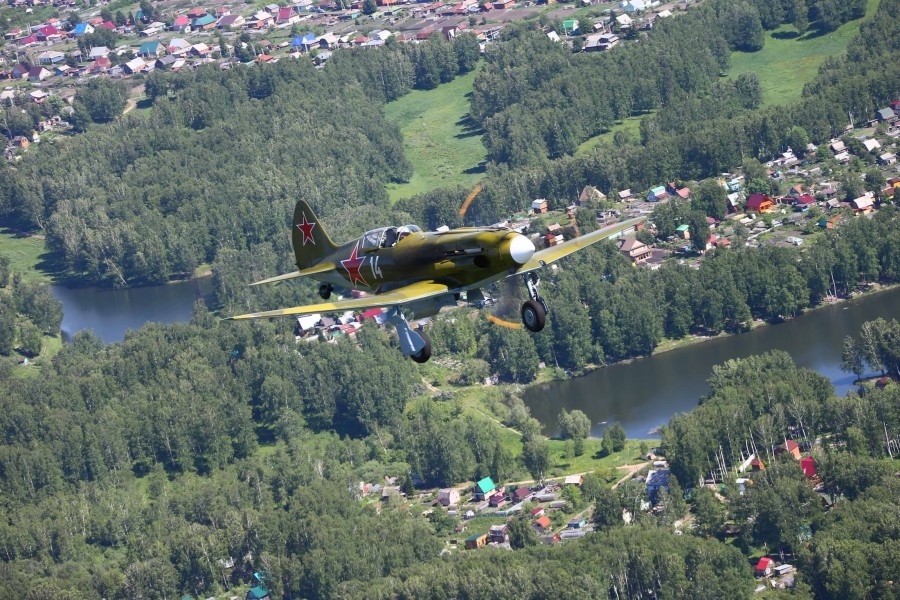