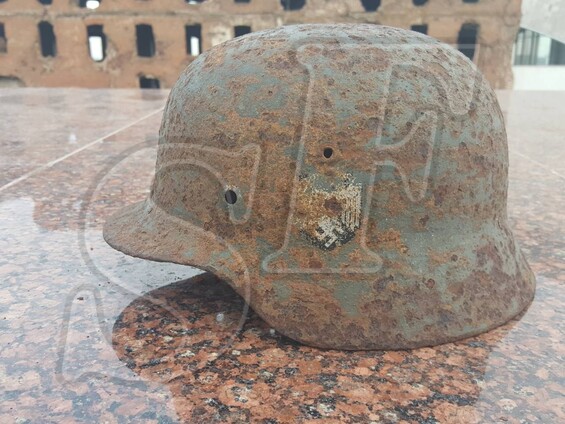 Product description: The helmet was found between the village of Rossoshki and Zapadnovka. Near was found a half dog tag infantry soldier.