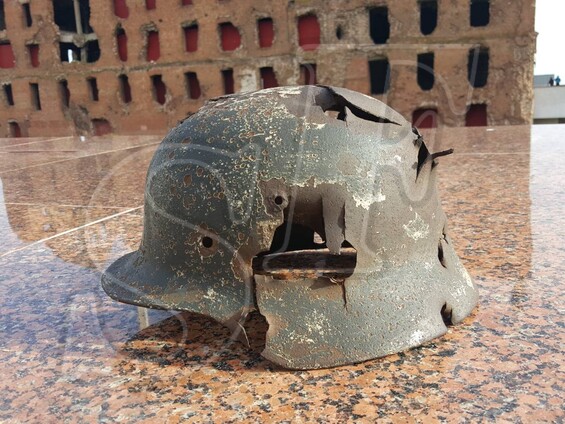 The helmet was found in the surrounding area of airfield Gumrak in 2017 during the construction of the new railway line. The helmet has multiple gunshot and shrapnel injuries, indicating fierce fighting in the area of Gumrak. Helmet has 2 additional repainted (one winter)