Gumrak Airfield is a hell of Stalingrad Pocket

The Germans used several airfields to attack the cities of Gumrak, Pitomnik, Morozovskiy, Karpovka, Tatsinsky, Rossoshka and some other auxiliary ones. In the morning of December 24, 1942 Tatsinsky Airfield was attacked, and subsequently liberated by the 24th Panzer Corps commanded by Major-General V.M. Badanov.

On January 17, 1942, the last aircraft Junkers Ju 52 were sent to Pitomnik Аirfield, but they did not land, as the airport had already been taken over by the Soviet troops. On that day, the Luftwaffe fighters were urgently redeployed from Pitomnik to Gumrak Airport in order not to be caught by Russian troops. January 17 was the only day when there were fighters on the runway of this airfield, and not the transport aircraft, as it used to be occupied by the transport aviation only. 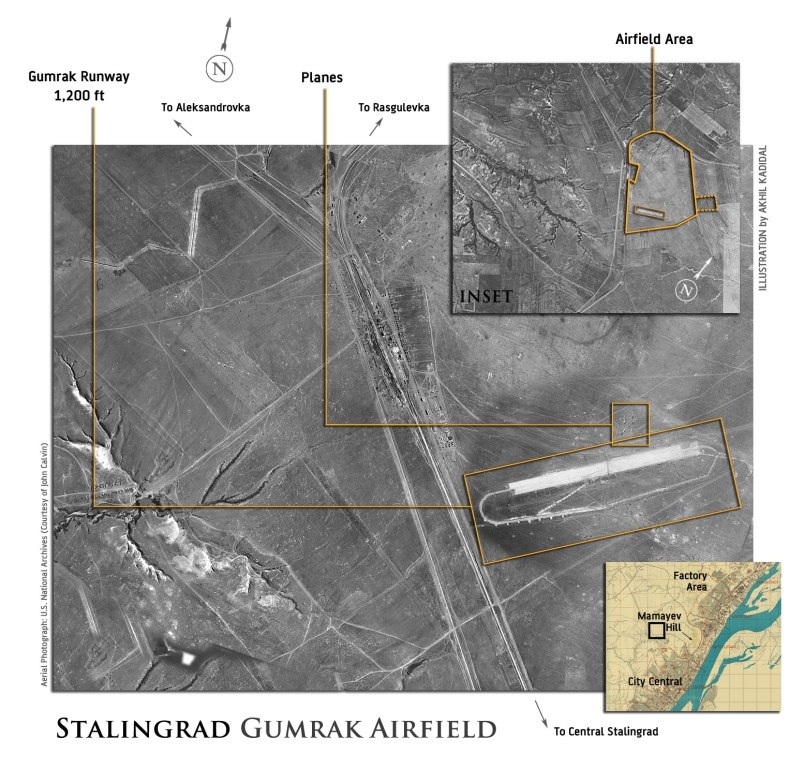 After all, Gumrak was the last opportunity to get out of the Stalingrad Pocket and each German soldier in the city wanted to take advantage of that. But only a few of them managed to survive. There were many reasons why so many did not survive.

But as a rule, only the most fortunate and strong men managed to leave that "Damned land", as the German soldiers often called it. 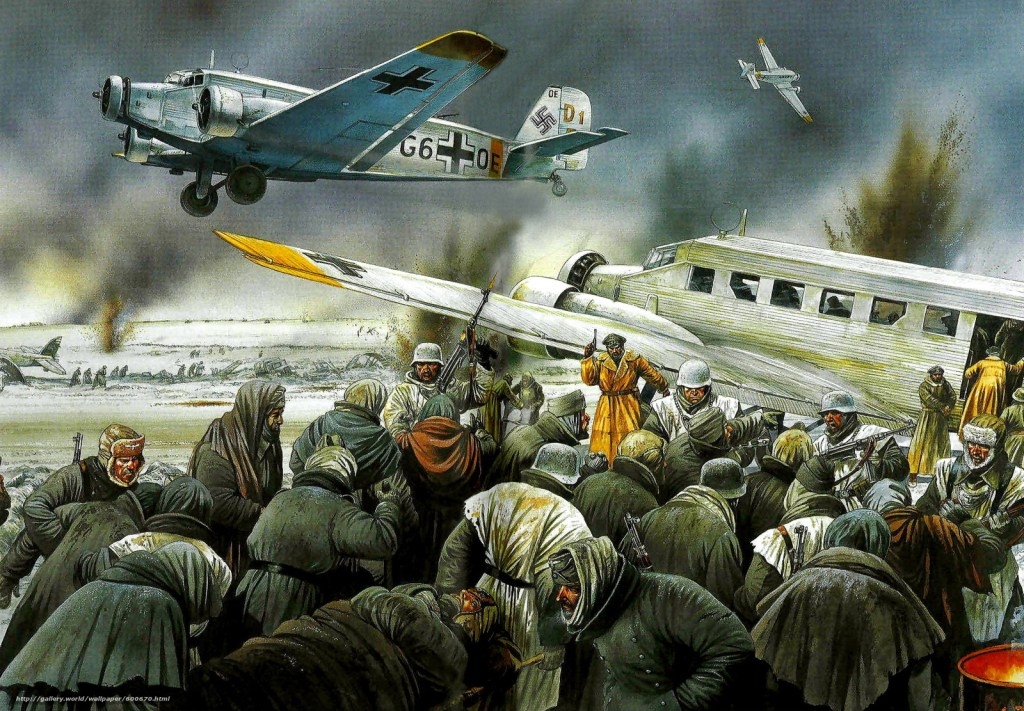 Those remaining in Stalingrad Cauldron suffered an inevitable fate: death from hunger, hypothermia, bullets, or Russian capture. The majority of the surrounded understood that perfectly and consequently there were a vast number of suicides in the 6th Army. The entire surrounded group of troops in the city on the Volga experienced an acute shortage of guns, fuel, winter clothes, medications and food. This was the result of the complete failure of operation named Stalingrad airlift, the reasons for which we will reveal later. In order to hide from the cold wind, the Germans lived in Arroyos, which were very numerous throughout the region. 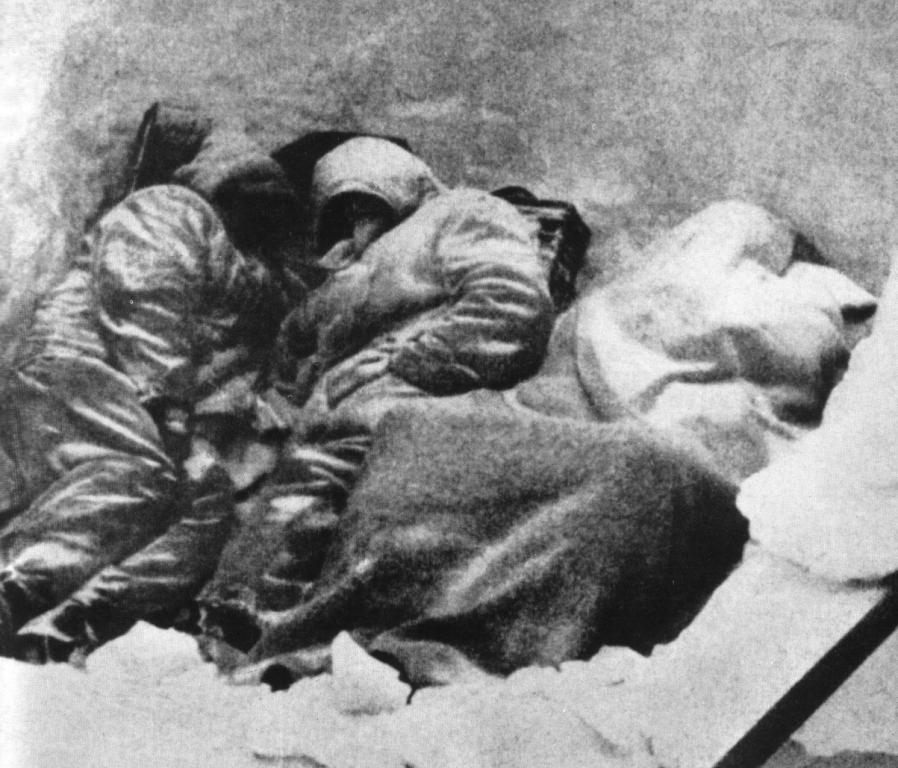 Also, most of the military equipment (first of all, transport trucks) were knocked off into the same Arroyos because of the lack of fuel, and then they were destroyed by the fire of Soviet artillery, mortar fire and air strikes. All the above facts are confirmed by numerous digs in Gumrak village that have been carried out by our team.

In this area, heavy fighting took place with a large number of manpower and equipment applied, so different relics have been found, and will be found in addition by the Stalingrad Front team during digging. Most often, you can find personal and household items in the Arroyos. On the surface, most of the findings are spare parts of the German equipment, fragments or complete ammunition. But sometimes there are unusual things.
In the summer of 2017, I found next to the current dirt road, a glass made with hands from a cartridge case. There was an inscription, “Stalingrad Weihnachten 1942”. Weihnachten, from German means Christmas. Therefore, it can be concluded that the date of creation of this relic is approximately December 25, 1942.

It should be noted that due to the acute pressure in the environment, the Wehrmacht soldiers tried to do something to distract themselves, and this glass is a typical example. Also, a posthumous dog tag and the soldier’s remains were found there. All of this was transferred to a special search agency for identification and reburial at the memorial cemetery in the village of Rossoshki.

Notes on the glass - Stalingrad Weihnachten 1942

In September 2017, our team went to dig in the largest Arroyos near Gumrak settlement. On that day, we found two rings with a skull, a front aluminum buckle, a Party Badge NSDAP, East Prussia RAD badge, a Wound Badge and several coins of different countries. 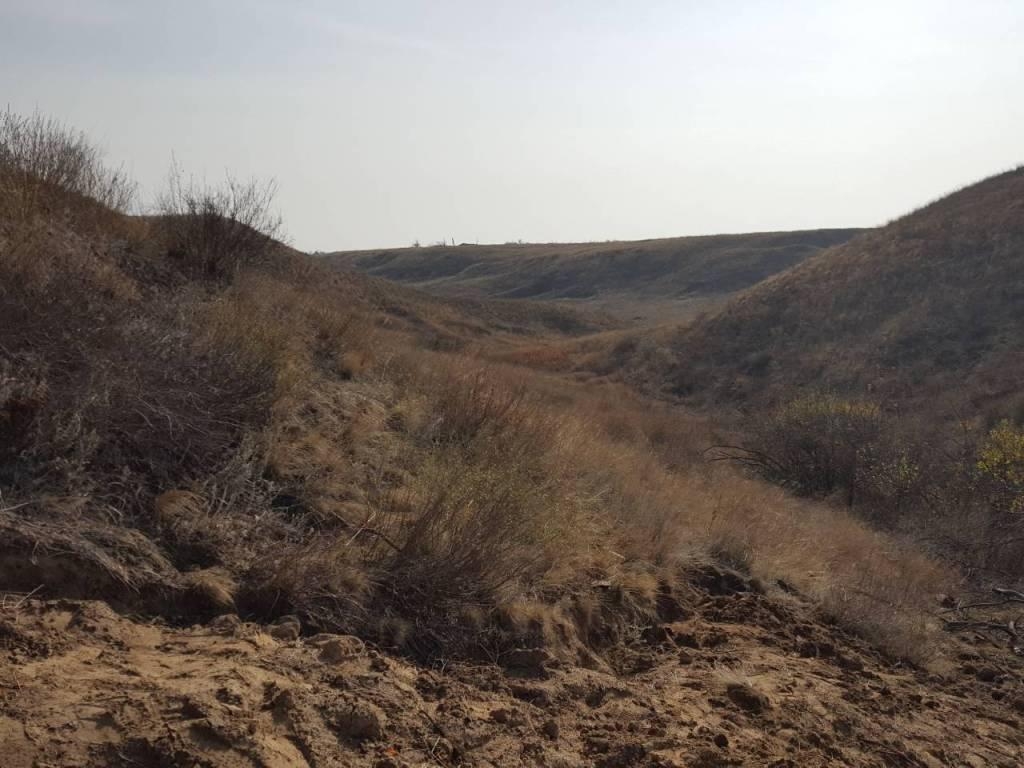 Big arroyo, where the surrounded Germans saved themselves from cold

One of the finds is a ring with a skull, which was very popular in the Third Reich, and freely sold in stores. Therefore, we often discover such rings when digging. One of them perfectly survived, as it was made of silver. The second ring was found blackened in the ashes, so it can be concluded that it was obviously thrown into the fire by the owner. 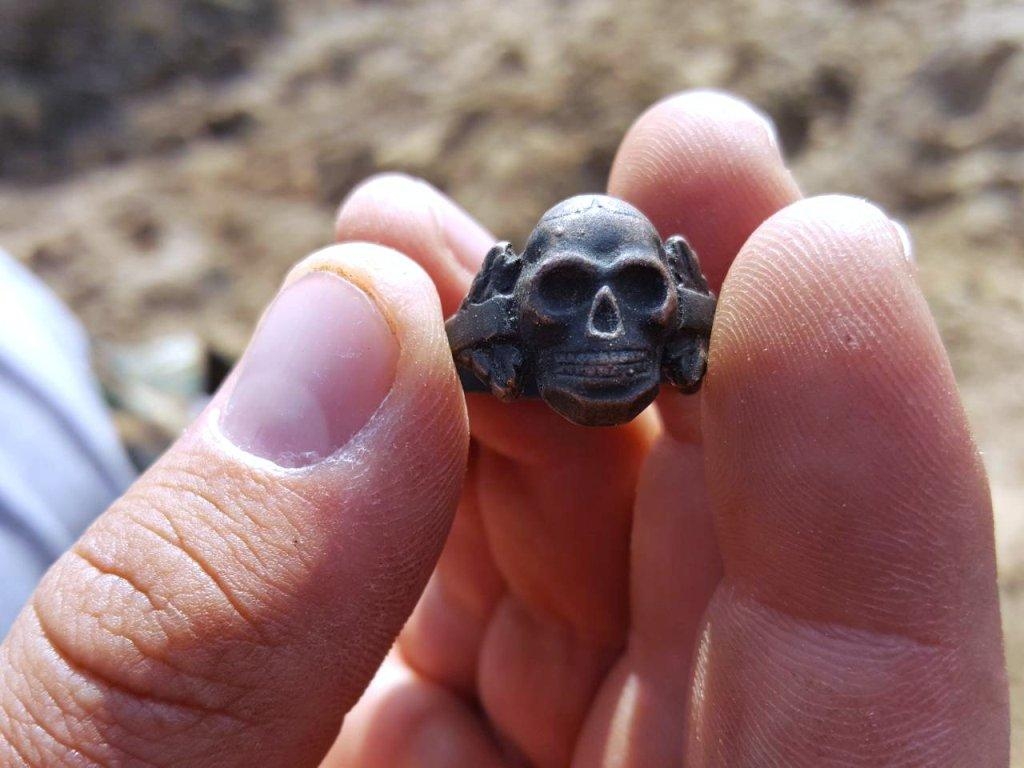 A ring with a skull from the 3 Reich 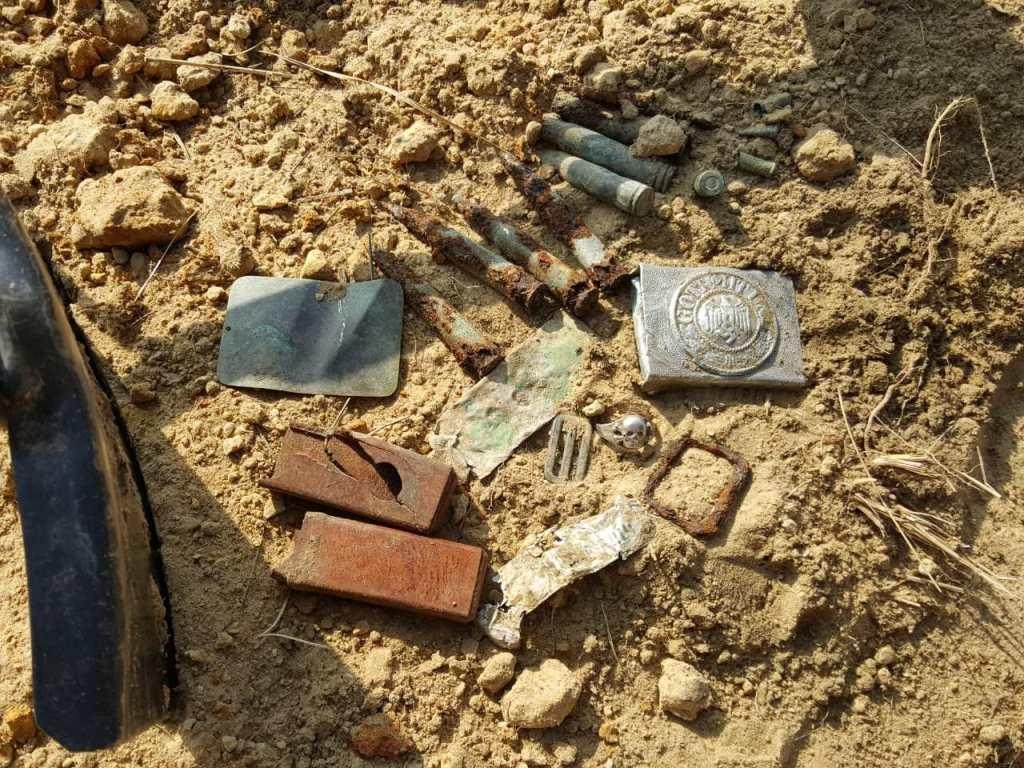 Front buckle and silver ring with a skull 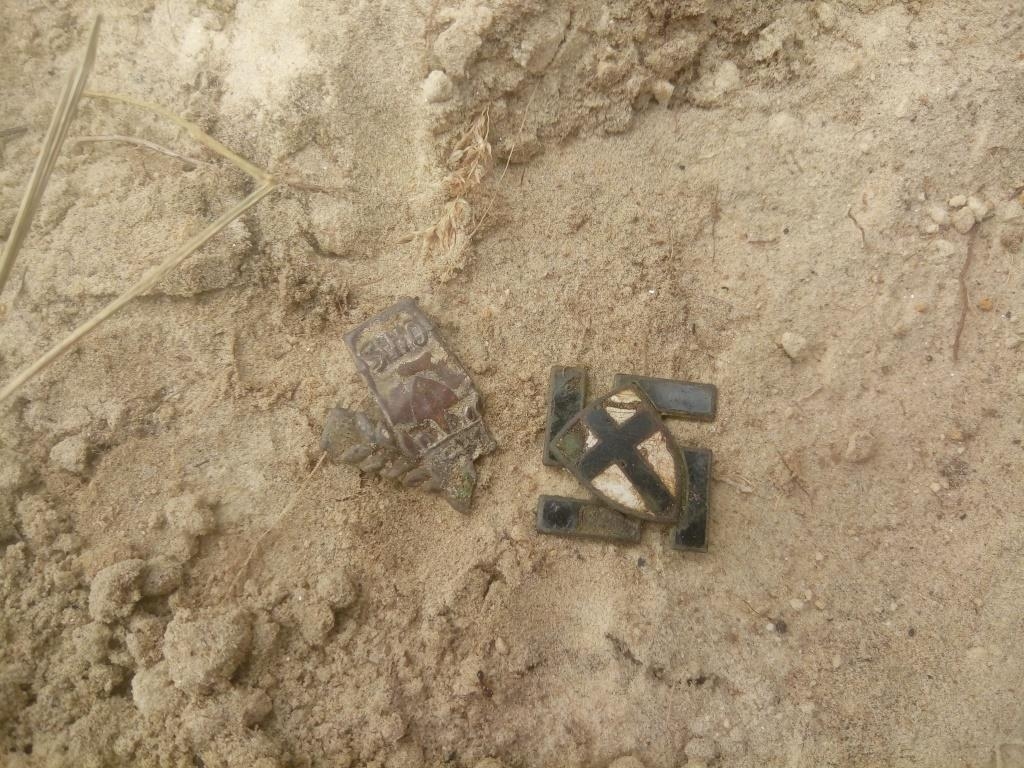 Many Germans were numismatists, and therefore it was easy enough to find different coins in places with large concentration of German troops. So on one of the slopes of a deep ravine, we found coins from Romania, France, Poland, the USSR and Germany. In addition, we found a silver ring with the owner initials.

When digging, you have to perform a great deal of work and sometimes it takes more than one month 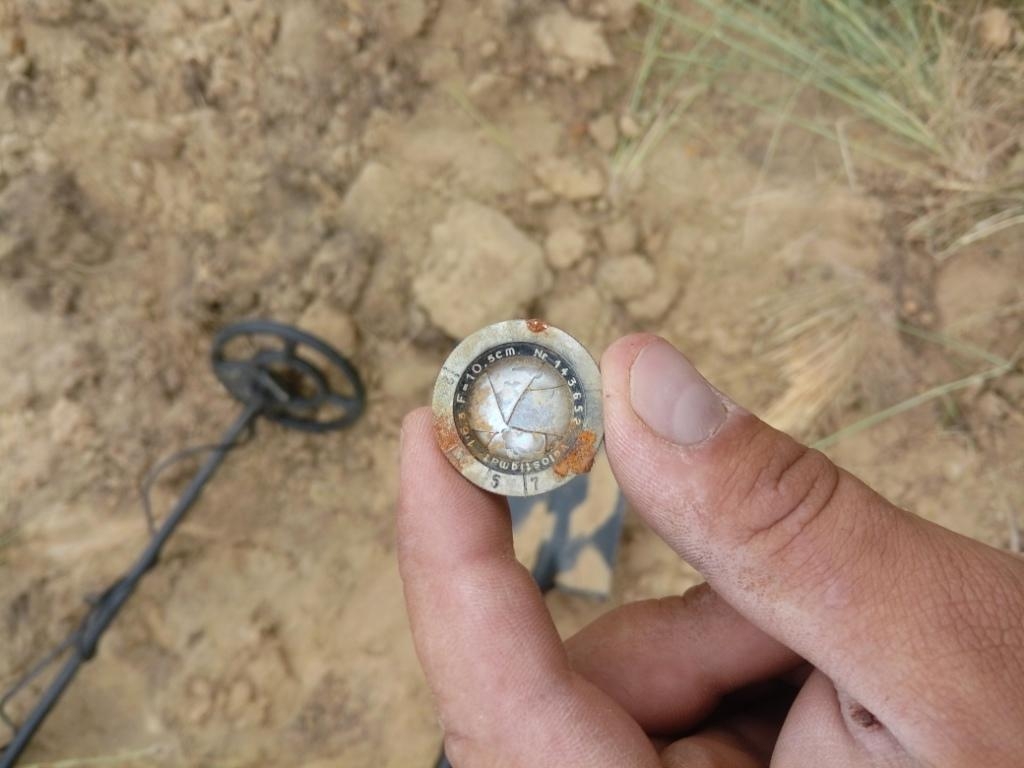 The eyepiece is obviously a component of a German camera

Until now, Google maps clearly displays trenches and dugouts in Gumrak area, although 75 years have passed since the battle for Stalingrad ended. Homemade potbelly stoves, dishes, cans, buttons, ammunition, soldiers' personal items, and much more can be still found in these dugouts. In December 2017, in one of these dugouts, I found an iron cross of the 2 grade and a Memorable badge "Tag Der Arbeit" 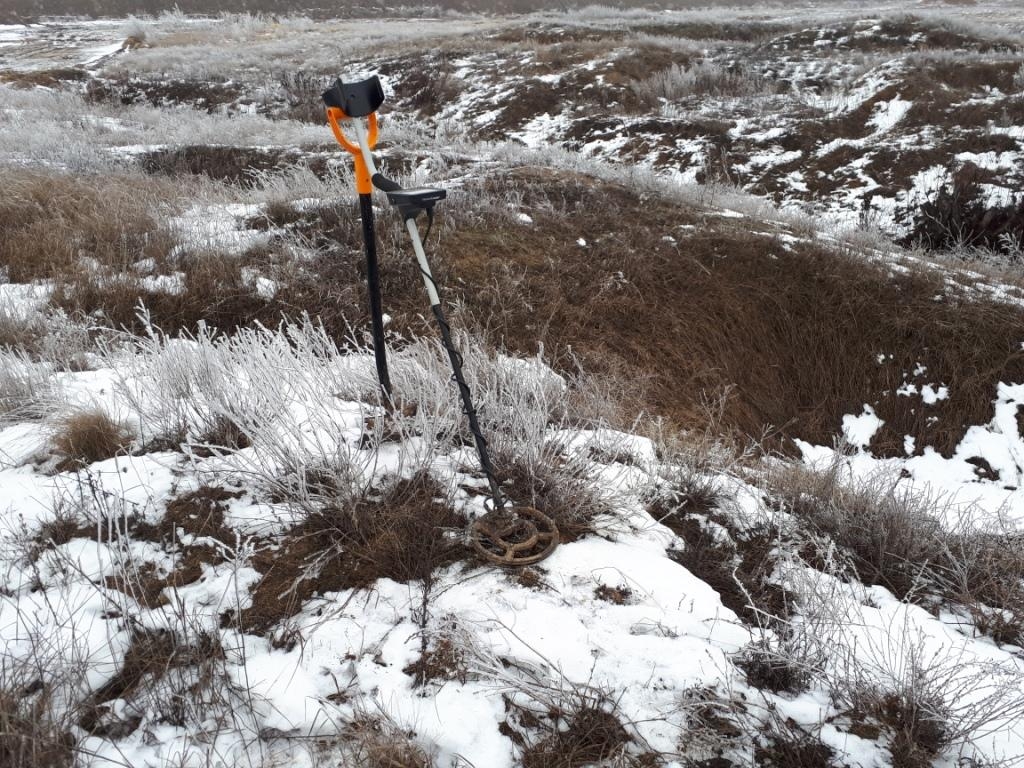 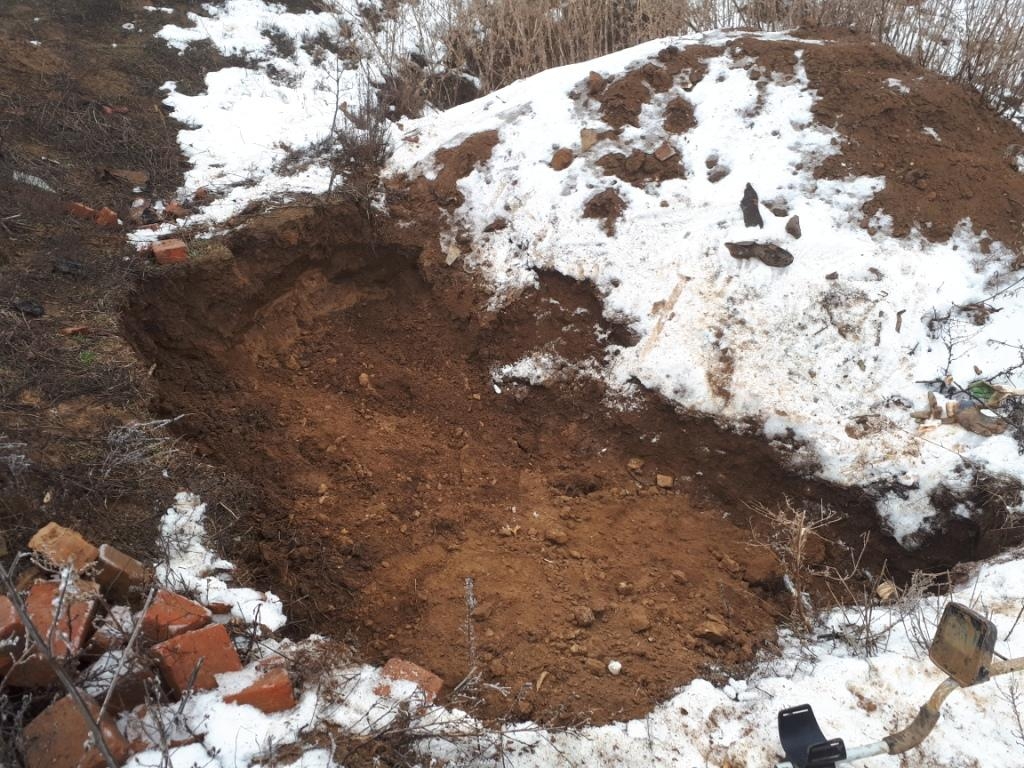 Digs in one of the dugouts 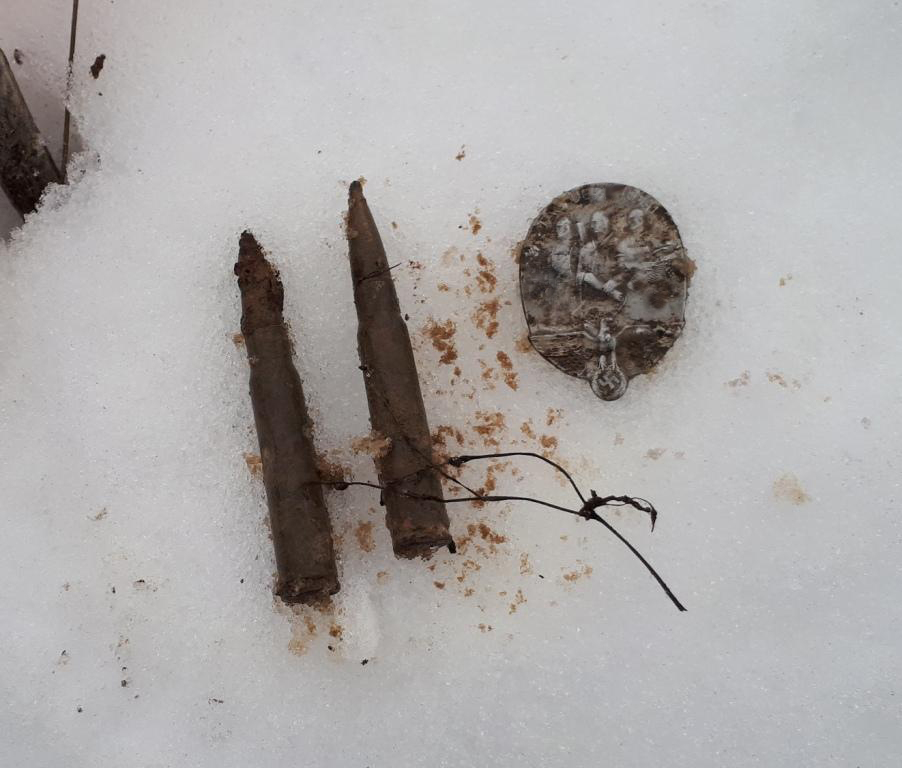 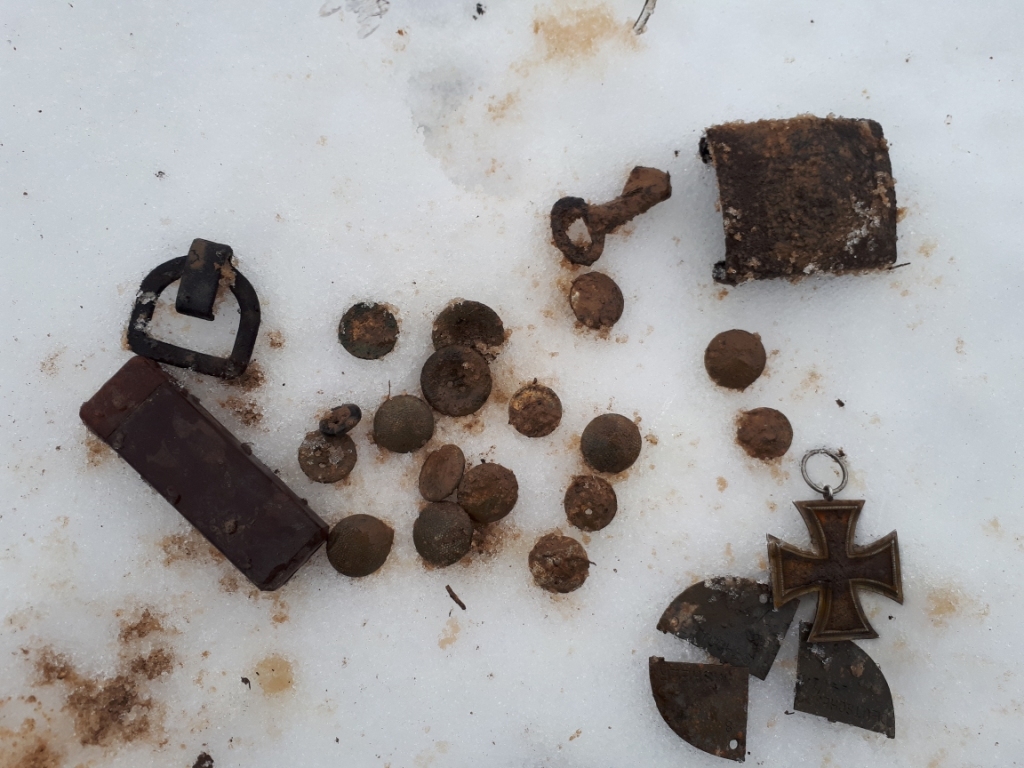 If you are interested in Stalingrad history and you want to get a part of that in your collection, you can go to our store and find some kind of relic from the fighting places in the vicinity of Gumrak Airfield.

Currently, people live in Gumrak area and the Volgograd international airport operates. Although the battle for Stalingrad ended 75 years ago, the wars echo still sounds, and we find more and more relics proving the extreme bloodshed of that battle. The most terrible thing about that is many of the dead in this meat grinder are still not buried. Gumrak settlement is not an exception. In the area of there is a place called "triangle". It is called this, because it covers three connected railways forming a triangle. There was an unofficial German cemetery where, after the fighting had ended, servicemen of the Paulus army were buried. Therefore, it is not surprising that the remains of dead German soldiers are often found here. As for myself, I know two similar cemeteries in Gumrak area, and just how many of them are not yet known throughout the Volgograd region remains to be discovered. 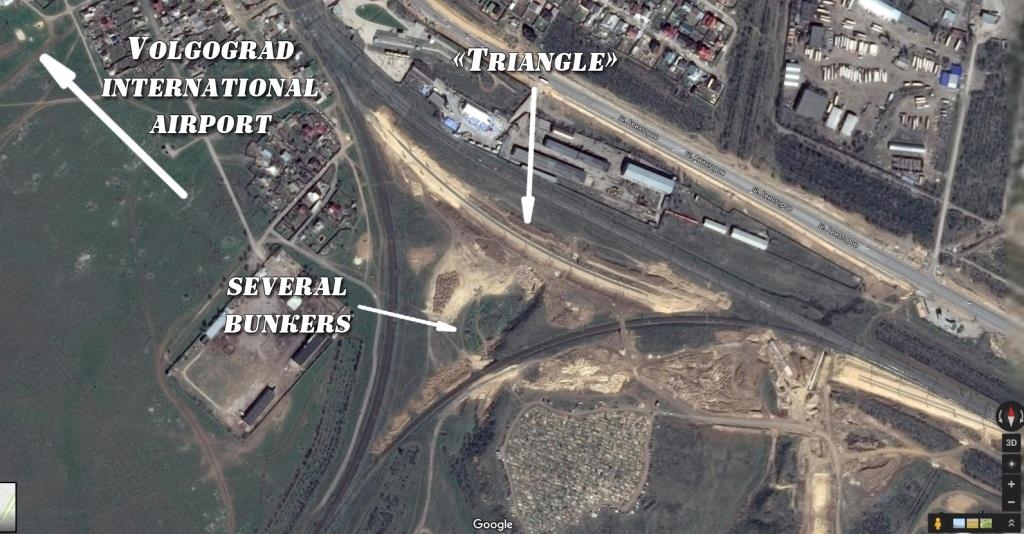