All of France have been resisting Nazi Germany for 43 days, but in the end, surrendered anyway.  Only one building in Stalingrad was holding down the fort for 58 days by 24 soldiers until reinforcements arrived ... The name of this building is Pavlov’s House.

In September 1942, several units of the 6th German Army approached the central part of the city, a few hundred meters away from the Volga River. On September 27th, a 30-person detachment of the Soviet Army was ordered to return a four-story apartment building with a good overview of a large area in the center of Stalingrad, that was seized by the Germans. Since the lieutenants and senior platoon sergeants had already either died or were injured, the 24 year-old junior sergeant Yakov Pavlov had to lead the fighters into battle. After a stiff battle, in which 26 of the 30 men in his platoon were killed, Pavlov and his three soldiers took control of the house and began to strengthen and establish defenses. This whole time, civilians were living in the basement of the house. Together with four soldiers of the Red Army, they kept the defense of Pavlov’s House for 3 days. Three days after another 24 Soviet soldiers led by Lieutenant Ivan Afanasyev, who officially took command, finally came to the rescue of the sergeant Pavlov's detachment. They brought the necessary provisions and weapons, including land mines, machine guns, and anti-tank rifles PTRD-41. Four layers of barbed wire and minefields were laid on the approaches to the house; heavy machine guns were positioned in the windows of the house overlooking the square; a telephone with the call sign “Mayak” (Lighthouse) was installed in the basement, and a trench was dug to communicate with the command that was at that time in the building of Gergardt's Mill. 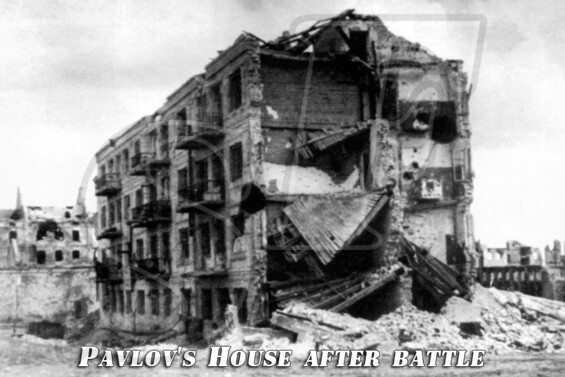 From Pavlov’s House it was convenient to monitor and keep under fire the part of the city that was occupied by the enemy, within up to 1 km, and in some places even more. That is why the stiffest battles were unfolded for this house.

German infantry, supported by a tank platoon, was attacking the house every day, sometimes several times a day, trying to dislodge the enemy from their positions. Pavlov realized that if they let the tanks at a distance of 22 meters and then shoot from the roof with an anti-tank rifle, they can drill a hole in the upper roof armor in its thinnest place, and the tank will not be able to raise the gun high enough to shoot back. It is believed that during this siege, Pavlov destroyed almost a dozen tanks with his anti-tank rifle.

In the end, the bomb destroyed one of the walls of the house, but the Soviet soldiers continued to hold the Germans at bay. Each time, when the soldiers of Wehrmacht crossed the square and tried to surround them, Pavlov’s platoon brought down such a barrage of machine-gun fire, mortar shells and PTRD-41 caliber 14.5 mm rounds that the Germans had to retreat with serious losses. 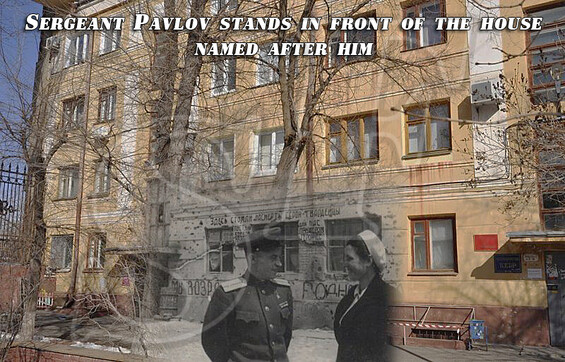 By November, after numerous attacks, Pavlov and his fighters had to retire in between salvo fires and it is said that they raked the piles of German bodies so that they would not block their viewing.

All this time, a period of 58 days, from September 23rd to November 25th, 1942, while Pavlov’s House was holding up a defense, in the basement of the building were civilians who were not evacuated from Stalingrad. Both Lieutenant Afanasyev and Sergeant Pavlov were wounded but made it out alive. Sergeant Pavlov and his men have been holding the house for two months, until November 25th, 1942, when the Red Army launched a counterattack. The battle of Stalingrad lasted from July 1942 until February 1943, when surrounded German troops surrendered.

After the Battle of Stalingrad, it was inadvisable to restore the city from the ruins, but by Stalin’s order, it was nevertheless decided to rebuild the city. Perhaps because the city bore his name. Pavlov's house was completely restored and settled in 1943. Now it is a historical monument with international recognition. In 1985, a memorial wall was erected on the wall of the house, commemorating the heroism of Soviet soldiers. An obelisk with the image of a warrior-defender of the city of Stalingrad and a memorial plaque with the inscription of the names of the soldiers who protected this house were erected on the other wall of the house. 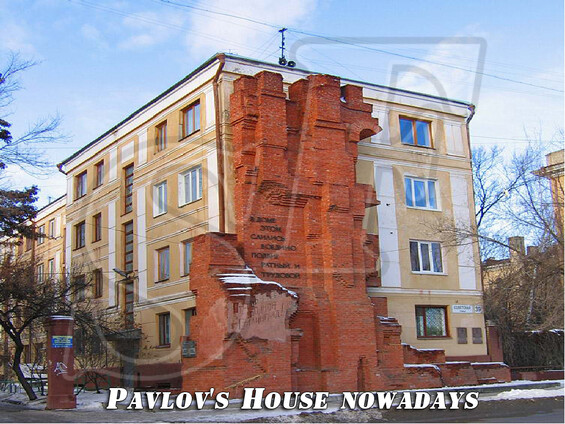