Pitomnik Airfield - the last hope of the 6th Army

Pitomnik Airfield is known to everyone who has ever read about the Stalingrad battle. It’s the main airfield where all the supply of German troops came to, all the wounded were taken out of here. After having lost “Pitomnik” Paulus’s army supply practically ended.

Out of all airfields “Pitomnik”, located 15 km west of the city, was the most suitable one for the needs of Wehrmacht under Stalingrad as it was equipped with a concrete runway strip with illumination, the airfield also had utility light and aircraft lights. The airfield was 5 km north to Pitomnik community and its size was 1500x1200 m. Pitomnik was captured by the 6th army, when it united with the 4th tank army on September 3rd 1942. 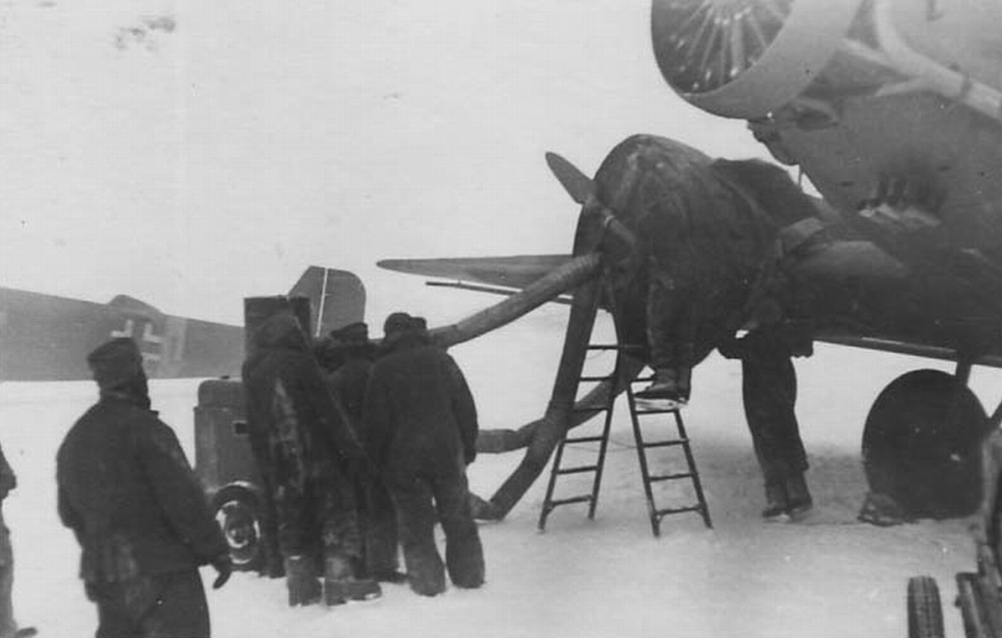 Warming up engines of Ju-52 with the help of an air heater at Pitomnik airfield. January 1943

Pitomnik airfield became a spotlight after having surrounded the 6th army under Stalingrad, when day by day the situation in Stalingrad Pocket became more and more disastrous. It is commonly known that wounded and sick Germans headed to Pitomnik from all the corners of Stalingrad with one single purpose- to fly away from that hell. And they all believed it was their only chance to escape. Some of them didn’t manage to achieve their cherished goal and died of cold and starved to death on the march. Bodies were laying along the roads and by the end of the Stalingrad battle no one buried them, because the soil was strongly frozen and exhausted people didn’t have the strength. The rest of the service men tried hardest to get on the flight, but many of them died in pits and tents in waiting due to the same reasons… 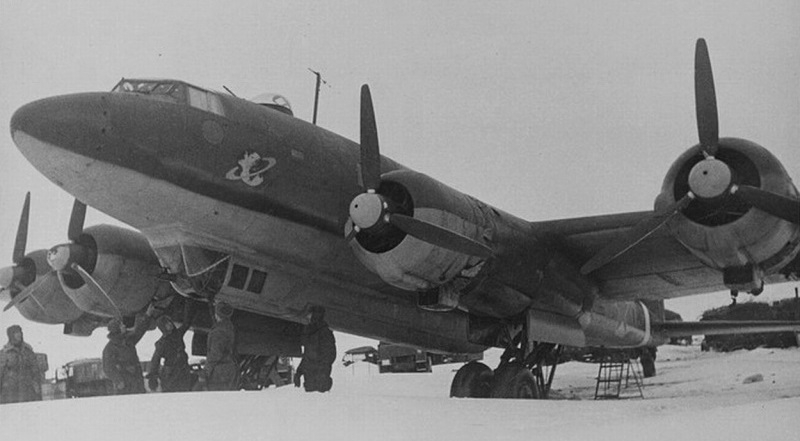 However, the mess was not only while landing the aircraft. Delivered by Stalingrad airlift cargos sometimes didn’t have any values for the surrounding. For example, one of the flights to the Pocket delivered big boxes with awards and badges. Among them most were iron crosses. Also they sent thousands of old newspapers sets, soldier notes, caramel, rolls of barbed wire for no reason. Once they even air-delivered women’s mink coats for soldiers instead of food and battle suits.

On the average, the number of arriving cars was clearly not enough. As a rule, the Pocket daily received only 80-120 tons of requested cargo, which was only 1/5 of necessary minimum. This, of course, affected the size of a daily ration. In December bread ration was already just 200 grams on the frontline and 100 grams in rear service and staffs. And in the beginning of January bread ration was reduced to 50 grams per person.

Weather conditions also laid the rules. For example, the second week of December thick fogs and snowstorms causing aircrafts glaciation, doomed Luftwaffe to complete inaction. One shouldn’t forget about superior forces of Russian aviation, which stroke German planes and bombed the airfield itself. The situation for those surrounded in the Pocket particularly complicated after the enemy occupied Morozovskaya and Tazinskaya villages 200 km east of the 6th Army on Christmas days, where German air bases were located. Air approaches to the Pocket now completely passed over the territory occupied by Soviet troops. 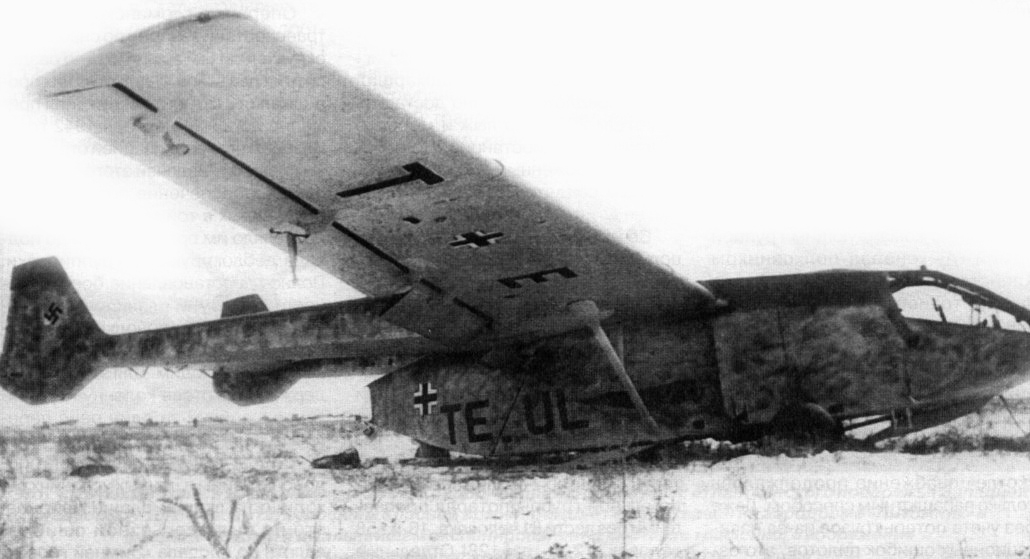 On January 9th the commander of the 6th Army rejected the surrender proposal, and as a result, on the morning of January 10th after several hours of artillery preparation Soviet troops started the liquidation of Stalingrad Pocket. The airfield stopped receiving planes on January 16th and was captured on January 17th.

Diggings in the Pitomnik airfield surroundings

In the place where in 1942 and 1943 a runway strip was located now there’s an agricultural field where vegetables are grown. Every year this field is plowed for sowing and as a result, workers see bits and pieces of that terrifying tragedy. Mostly it’s aluminum pieces of fuselages and different parts of Luftwaffe planes. 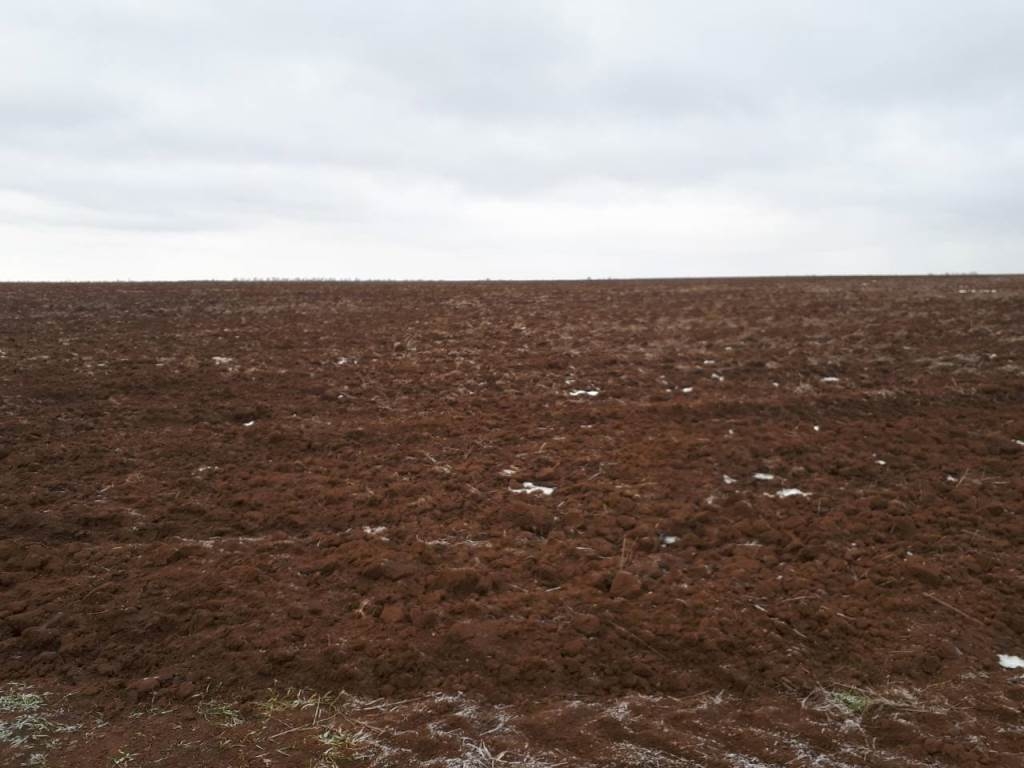 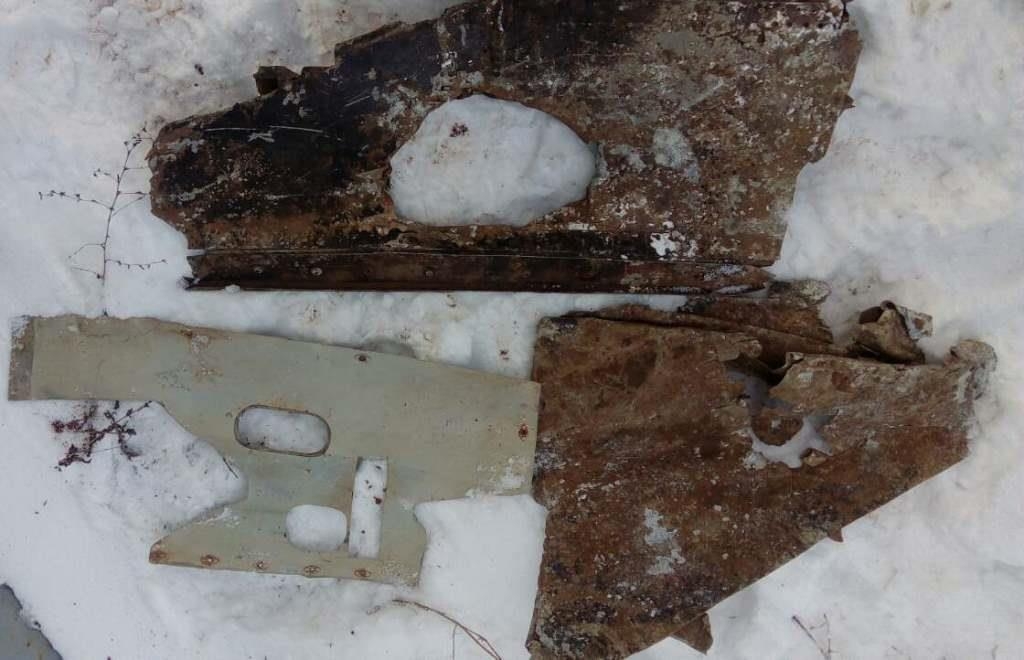 Stalingrad region represents a prairie with a small amount of trees but a big number of arroyos and ravines, where we mostly find battle suits pieces, badges, ammunition, weapons etc. A vivid example to this is a big amount of found dog tags. 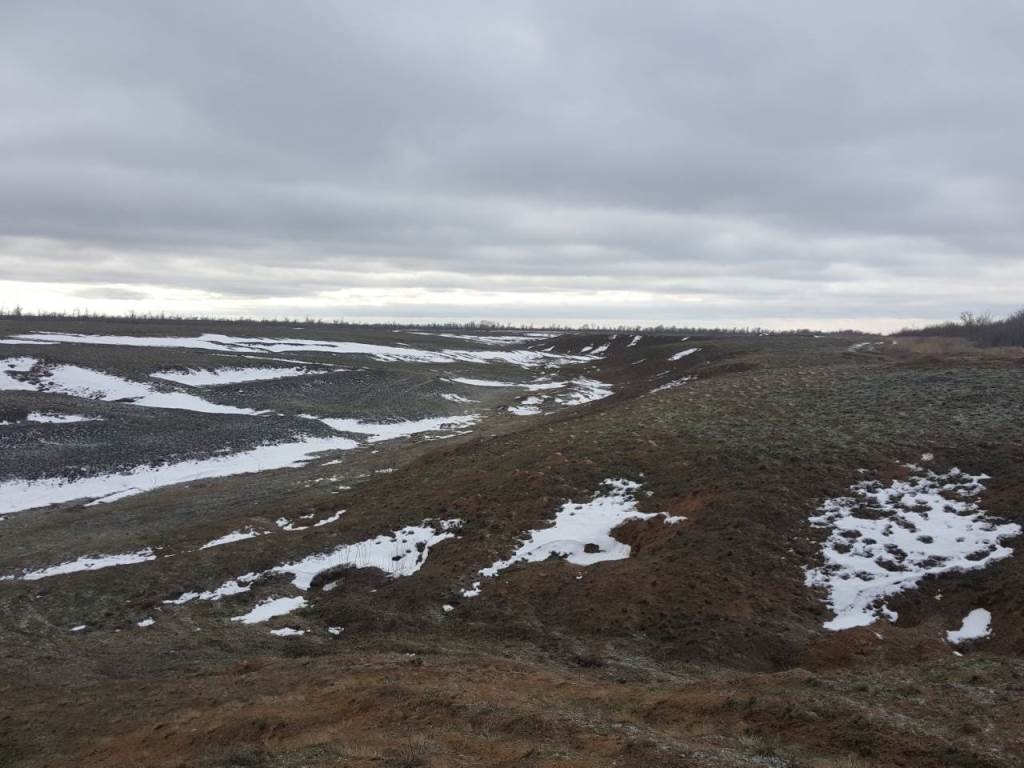 Large arroyos with a big number of pits 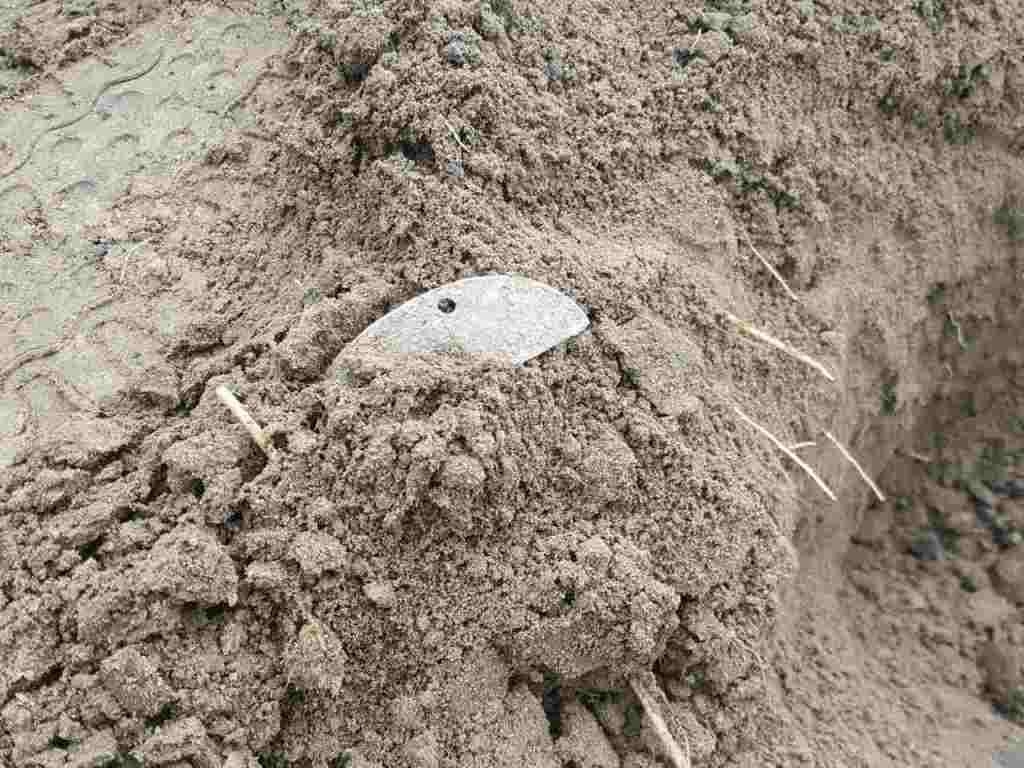 Half dog tag was found in one of arroyos in Pitomnik 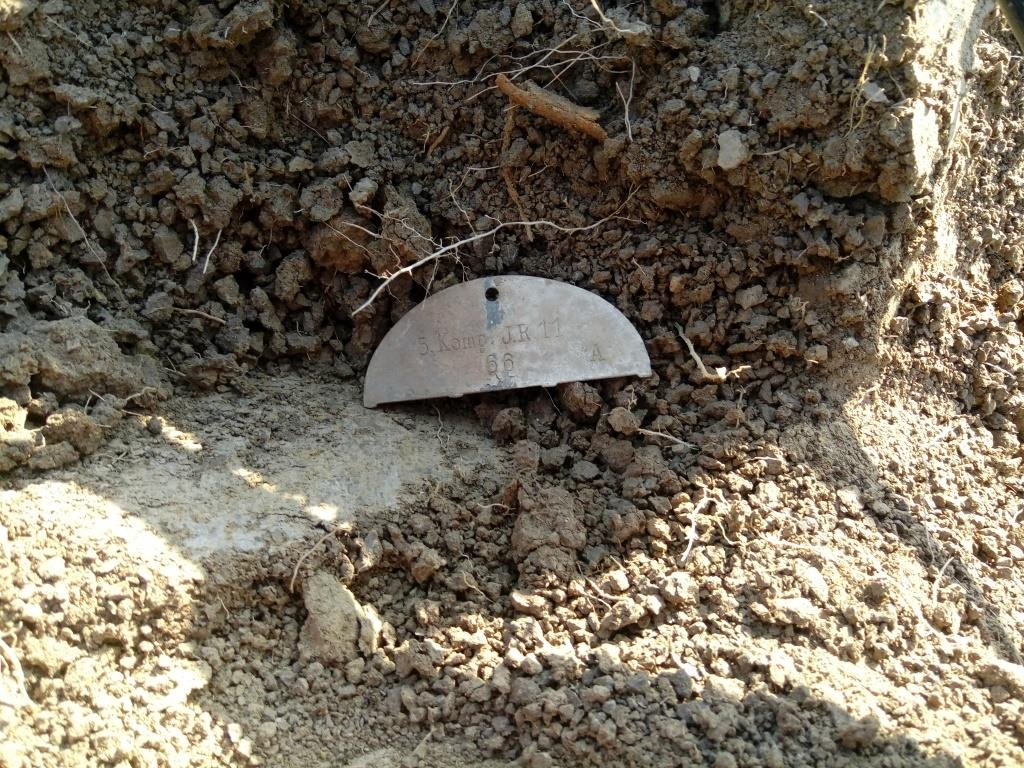 This half dog tag was found on a medical pit

Pitomnik airfield surroundings are the place where unused ammunition can be found more than in any other place under Stalingrad. A huge amount of unexploded mines, shells, rounds prove that an airfield was released by Soviet troops very quickly and the Germans just didn’t have time to take vital ammunitions. Now simply walking around those places you can find whole ammunition parks even without metals detectors.

There’s also the largest number of pits in Pitomnik than in any other place under Stalingrad, I guess. And it’s not surprising, if you know how many service men gathered from all over the frontline. These pits survived to these days and can be clearly seen on Google maps. It’s not a secret that the most often finds in pits (except for ammunition and its parts) are buttons and pegs from ground sheets. 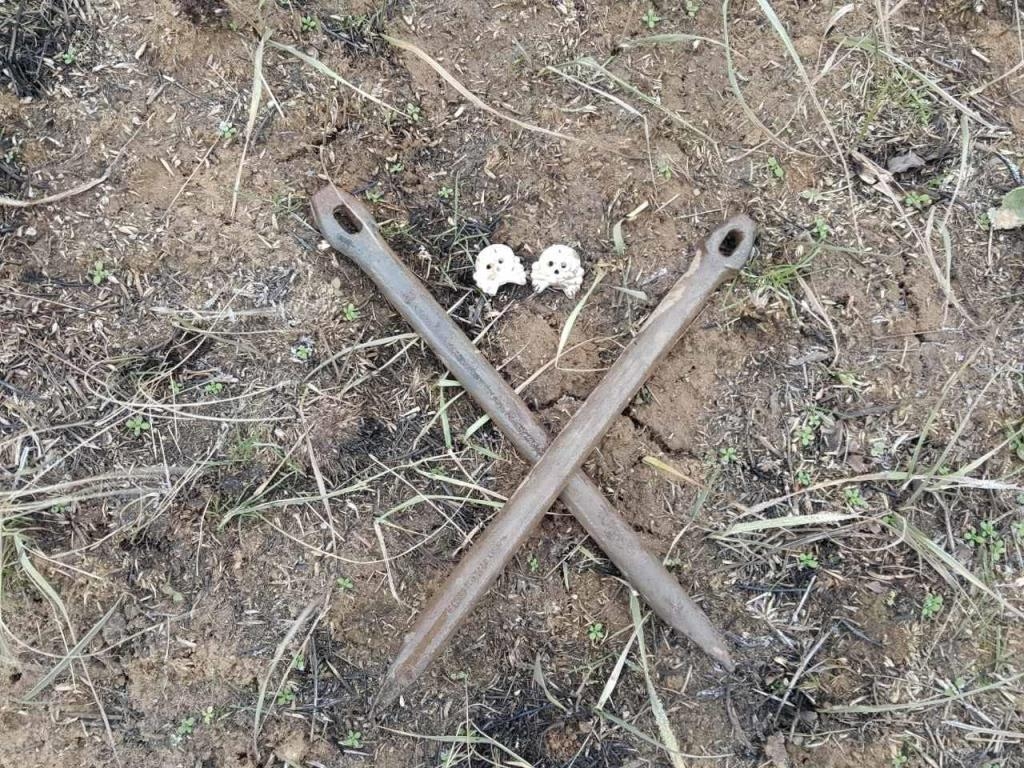 As a rule, high grass and weeds grow in the fields of Volgograd region, but in the summer of 2017 due to high heat all vegetation burnt down in prairie fires and as a result we managed to realize exploration works in the places where it had been difficult to do before. This delivered a positive result: several German steel helmets were found. 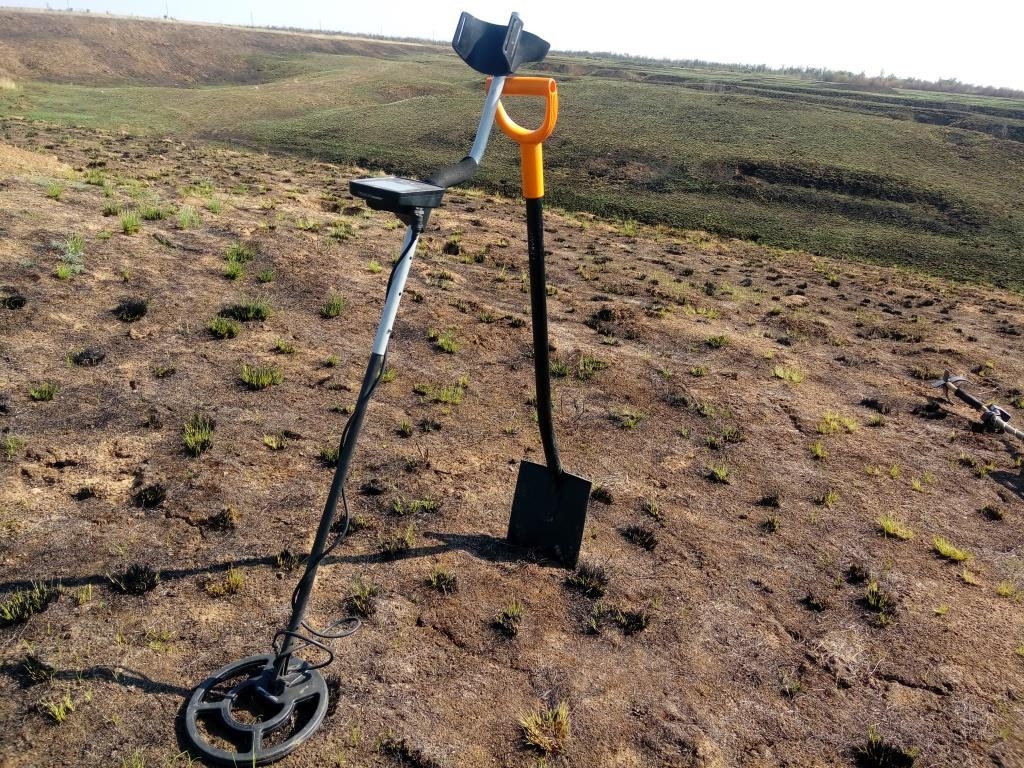 Burnt grass in one of arroyos in Pitomnik 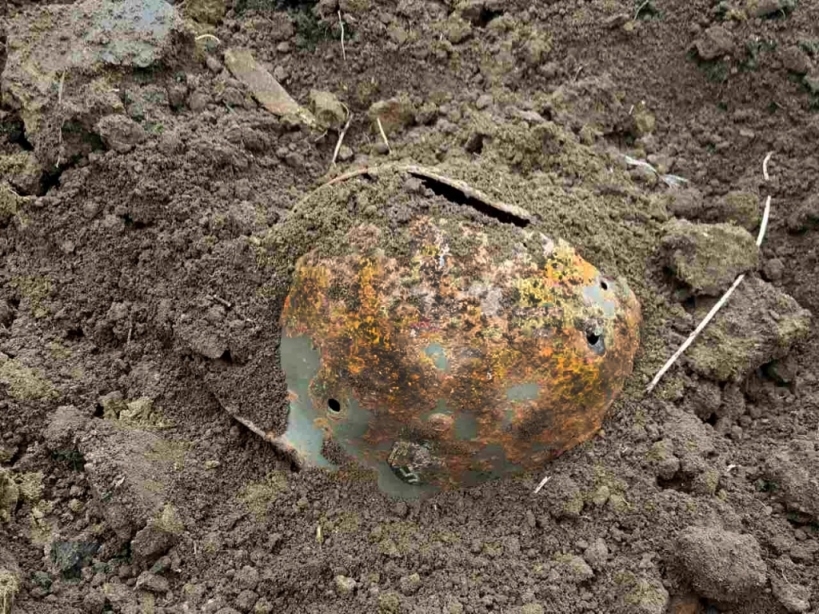 German helmet found in the summer of 2017

In one of arroyos in Pitomnik I found a lot of horsу bones, which were laying right on the surface regarding that 75 years had passed. As my guide (an experienced digger, who had been in the digging business for 20 years) told me that in this place they beat to dead horses from a Romanian cavalry army. It only goes to show an already known fact about hunger in German parts under Stalingrad. Horse bones in the pit next to Pitomnik airfield

Due to the fact that there was a large gathering of soldiers and officers in the airfield surroundings, pretty often we are lucky to find personal belongings, battle suits and awards of these people. It is remarkable that in one and the same place you can find personal belongings of Germans, Romanians and Hungarians, different corps and ranks. 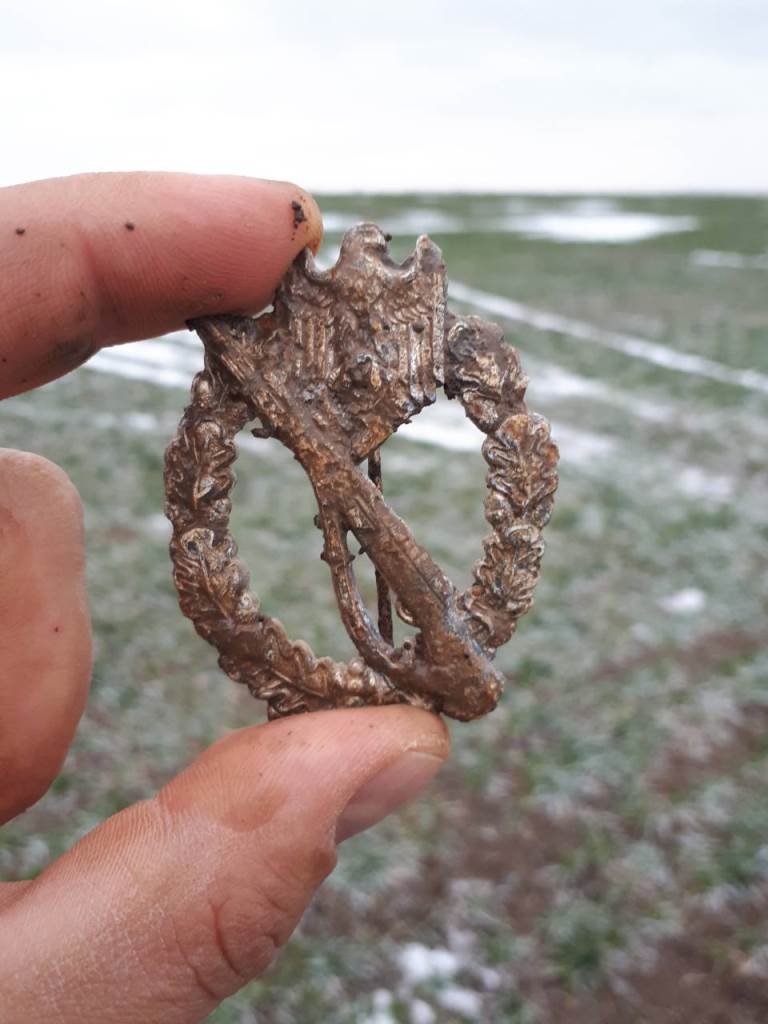 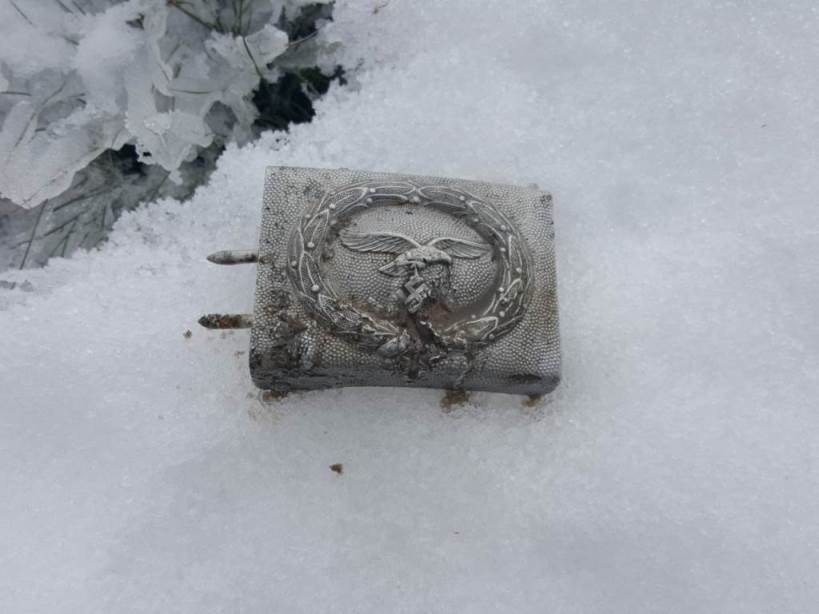 Buckle Luftwaffe – found in one of pits at big depth

In conclusion it should be mentioned that even though the last 20 years (it’s exactly how long ago the first metals detectors appeared in Volgograd) diggings were often held at Pitomnik airfield, this land stills stores lots of relics of those times, so they will not end soon more and more new relics from a tragically known Pitomnik airfield will constantly appear on sale in our store…