Stalingrad and the Steppe

Stalingrad and the Steppe

In May of this year, I was fortunate enough to be able to come from the U.S. to visit Volgograd.  My plan was to try to follow the flow of the battle for the city of Stalingrad, by retracing the major events and locations of that monumental struggle through the streets of the reconstructed modern city.   Apart from the well known monuments and buildings that are on every tourist’s list, I had a list of certain locations that could still be identified today from photographs taken in 1942.  I wanted to try to create my own «then and now» set of composite photographs.  My other goal was to visit the steppe and the areas associated with the collapse of the 6th Army as Operation Uranus encircled and gradually crushed the starving, freezing German forces within the cauldron.  For months before my trip took place, I had exchanged numerous emails with Dmitriy (Dima) of Stalingrad Front who promptly and helpfully responded to all the many questions I had.   Stalingrad Front and its founder, Dima, were the key to a very rewarding trip.

I arrived in Volgograd the day before the May 9th memorial observances.  Staying at the Hotel Volgograd on the Square of Fallen Heroes turned out to be the perfect place from which to watch the parade and explore the famous sites of old central Stalingrad. 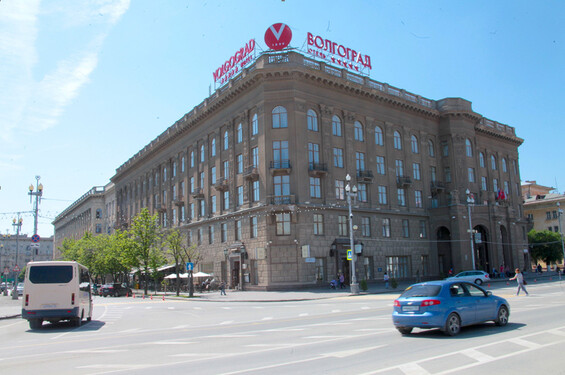 Nearby the hotel (which itself is pictured in many old images of fighting in the vicinity) are the Univermag building, Theatre Square, and the Central Train Station with its reproduction of the famous fountain circled by dancing children. 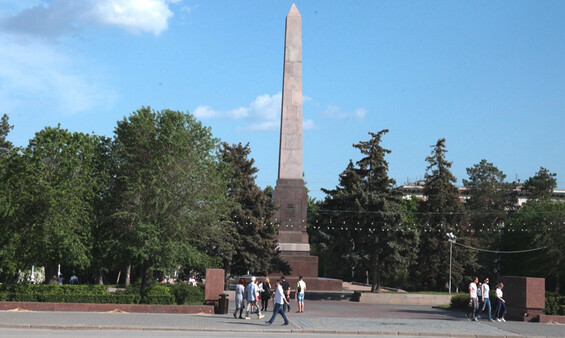 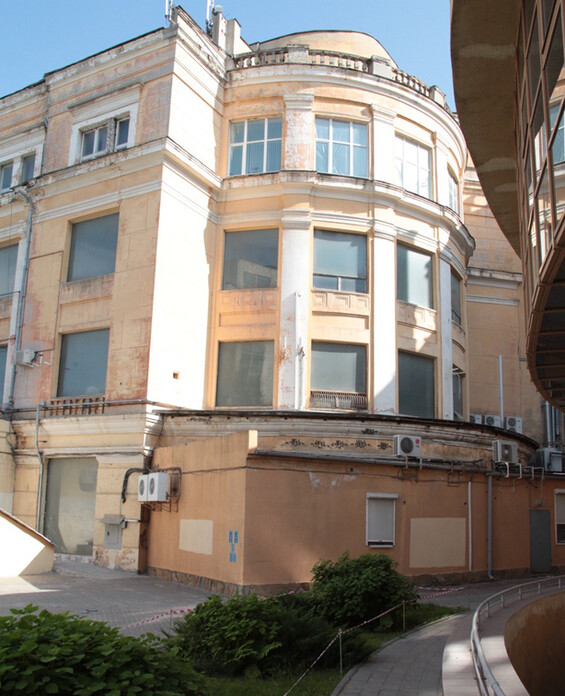 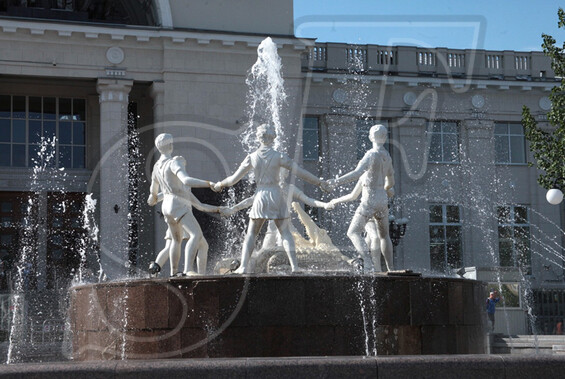 The May 9th parade was well attended by young and old. Marching were the expected bands, memorial contingents dressed in Soviet uniforms of the period, and some armored vehicles, including a vintage T-34 that rumbled along quite impressively.

Wished that it could have made two or three circuits of the square, but had to be satisfied with glimpsing and hearing it briefly as it passed by.

I stayed in Volgograd for another week and the days alternated between going out on the steppe with Dima and his partner, Alex, and tracking down my list of locations around Volgograd with Dima as navigator and guide.

Out on the vast steppe that still remains, we visited Gumrak, Gorodische, Rossoshka, Pitomnik and Baburkin - all areas of intense fighting. We had warm to hot weather as we spent three days digging and exploring the still visible remains of German bunkers and defensive positions around Gumrak, Pitomnik, and Baburkin. 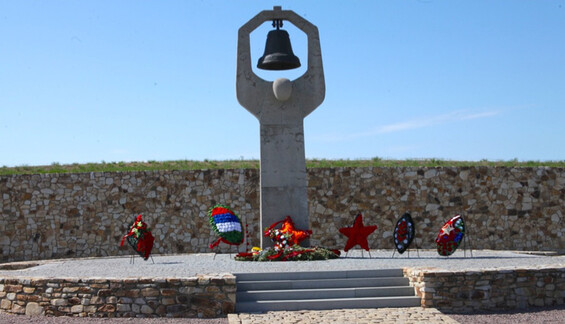 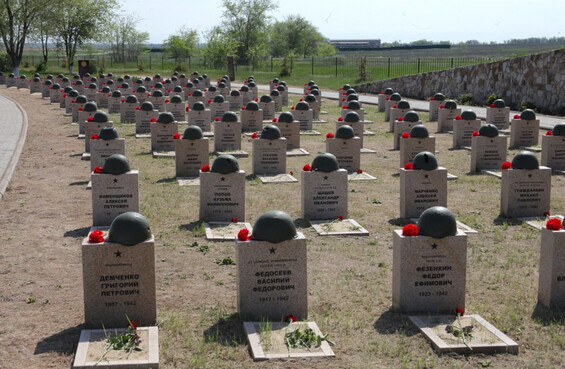 Evidence of the past was to be seen even on the surface of the ground in the form of scattered bones of horses as well as the occasional skeletal fragments of the humans who fell there. In some places, the hob nailed soles and leather uppers of the famous German “jack boots” were still lying under the sun, along with innumerable aluminum buttons from uniforms and occasional corroded coins. Shallow digging uncovered some relics: a container that once held the methedrine based Pervitin, the drug that kept the Wehrmacht going night and day; a black wound badge still in good condition, puzzling fragments of a map printed on metal foil - names of towns and roads still clearly visible, and half of a dog tag that once belonged to a soldier who had been a member of the 100th Jager Division motorized artillery regiment. 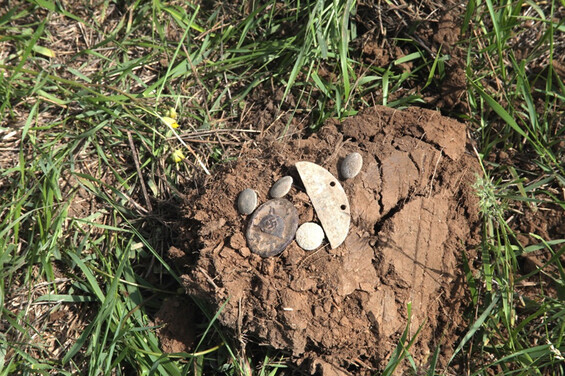 Half of German dogtag and wound badge was found near Stalingrad 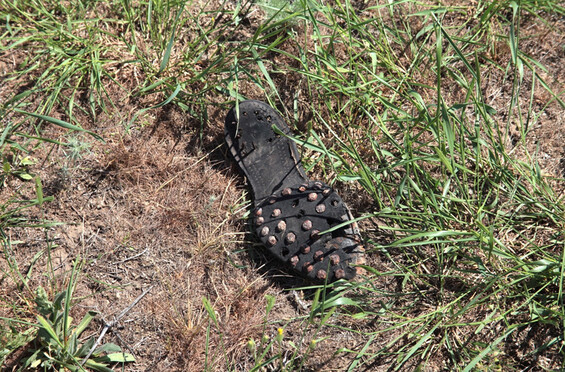 The boot of the Wehrmacht soldier

So while finding those relics was exciting, for me the experience could not help but also bring feelings of a somber and serious nature, reflecting on the endless suffering and death of so many on all sides. This ground and the city by the Volga, saturated with the blood of hundreds of thousands are surely places that speak to us of the ultimate futility of violence as a solution to political issues, and the enormous price that the young, in particular, pay for the blindness and fanaticism of their leaders.

Our days walking the streets of modern Volgograd, looking for the traces of old Stalingrad, gave me a certain sense of revisiting moments frozen in time, looking at places other eyes, closed long ago, had also looked upon in shock and horror, as with triumph and rejoicing. We found the exact spots where 75 years ago, a camera clicked and a photographer preserved some fraction of a second and a glimpse of the humans who were caught in that fragment of time. Somehow that instant, preserved in a black and white image, still vibrates beyond the limits of time. Walking the neighborhoods of the famous Grain Elevator in the south of the city and the factories in the north, brought some sense of the massive scale of the battle. Houses in the Barrikady that had witnessed the unbelievably brutal fighting, sometimes within their very walls, are still standing today. We were able to find the little known concrete power station, a perfect blockhouse, where a small group of German soldiers withstood repeated ferocious assaults and bombardment for months. And of course, Lyudnikov’s island, and the Rollik bunkers where Soviet heroes held out against all odds until the battle for the factories was finally won; these places are still preserved. We found the school buildings and yard we had seen in old photos, where young Germans stood, anxiety written on their faces, one morning in October of 1942, preparing themselves for the first assault against the heavily defended Derzhinsky Tractor Factory. Amazingly, the buildings are still there little changed. 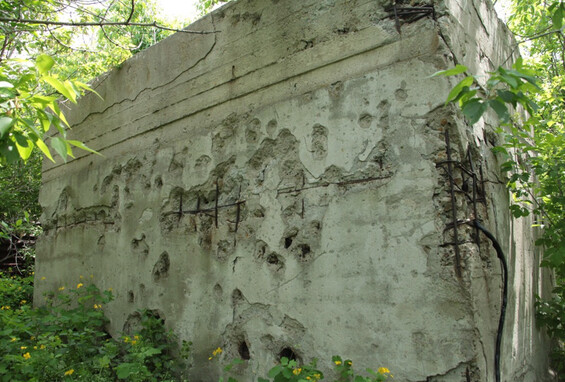 The Power Station above the Volga 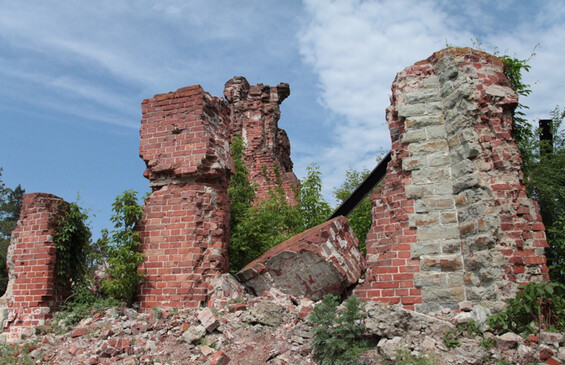 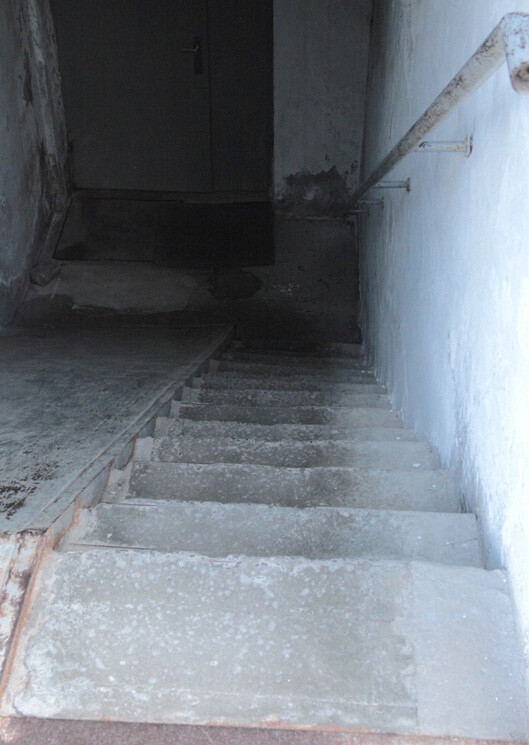 Walking down the steps to the basement of the Univermag department store, the last headquarters of Paulus, for me felt like a descent into an underworld still holding a vast reservoir of darkness. It was the last refuge of hopeless wounded and dying men, crammed on top of each other into that dark basement without the relief of medicine or even light or air. Despite having been turned into a museum with a large red sign outside advertising “Souvenirs,” it’s still the hellish place described so unforgettably by the German/Russian writer Theodore Plievier in his book simply called Stalingrad. If you haven’t read it, I recommend it - but beware it is an utterly devastating account.

It was an incredible week, a powerful experience that I’ll never forget. Thanks to Dima and Stalingrad Front, I was able to fulfill my long standing wish to finally come to and pay my respects to a place that holds special significance in my heart and mind. Should anyone be thinking of visiting, whether the steppe or the city, or both, I strongly suggest you consider making contact with Stalingrad Front team.