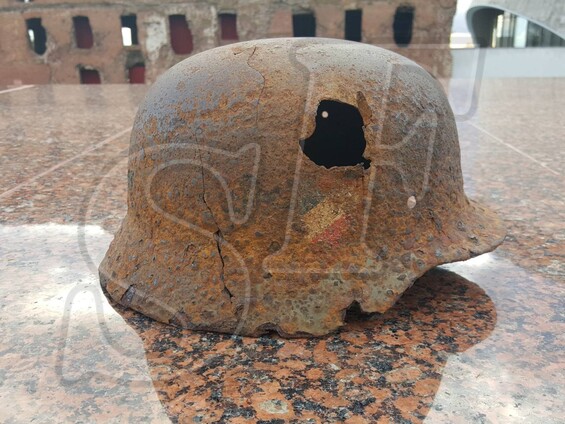 Product description: Authentic German helmet M35 has been found in the Novgorod region in the village Mjasnoi Bor.