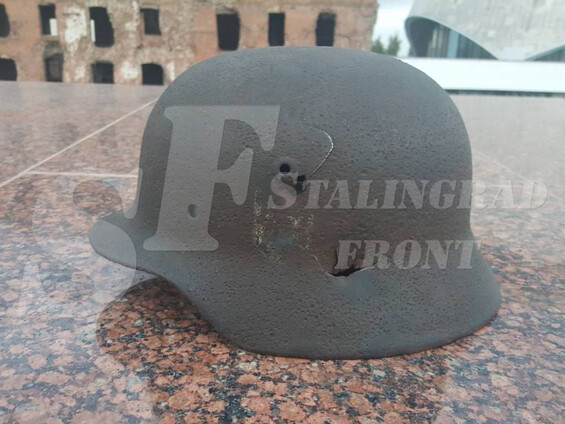 A helmet was found at the aerodrome Gumrak in the Western part of the city Volgograd (Stalingrad). On the helmet is missing clamp. Therefore, the inner Hoop with the liner is not fixed.