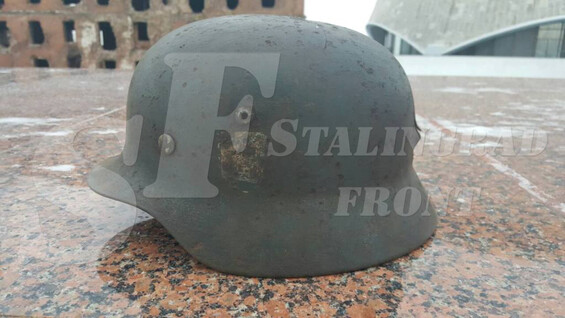 The helmet was found during highway construction near the village of Orlovka, North of Stalingrad. On the helmet has the remains of a signature of the owner of the helmet