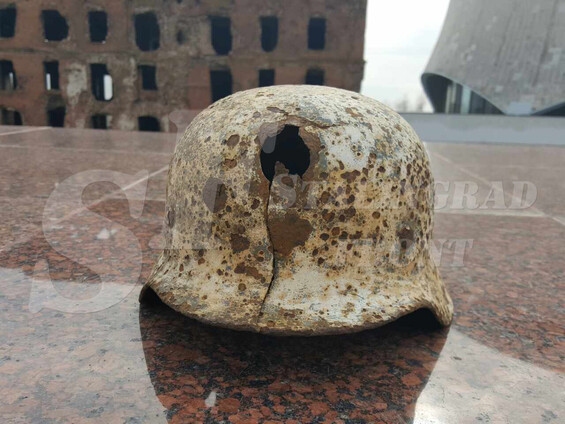 Product description: Helmet found in Stalingrad in Traktorozavodsky area during restoration work on the "tractor plant"