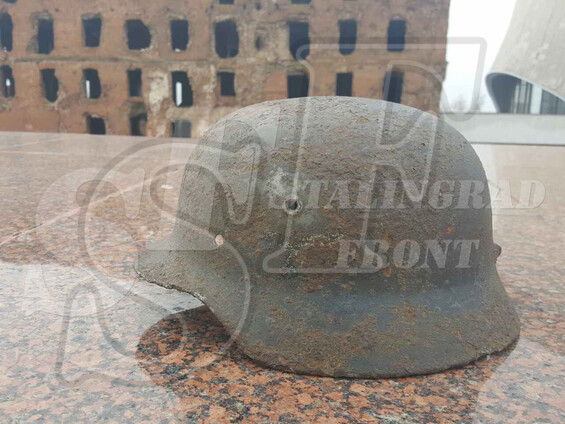 Product description: A helmet was found near the village Porosghek (Leningrad region). Has a bullet hole.