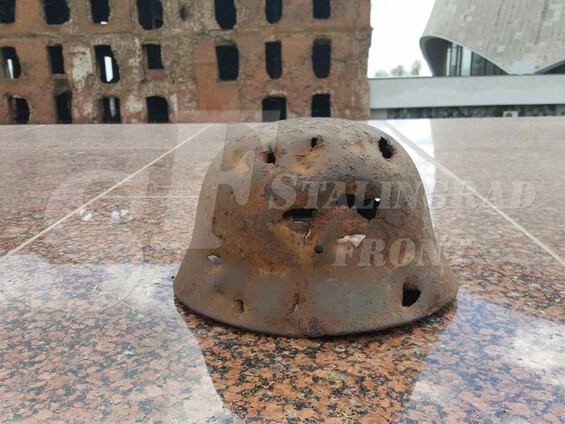 Product description: The helmet was found on battle positions in the area of the river Chir