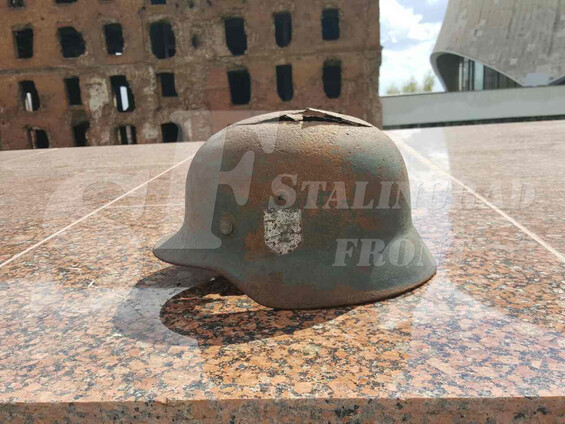 Product description: The helmet was found during excavations in Kalach-on-Don to the North of the city (Stalingrad region)