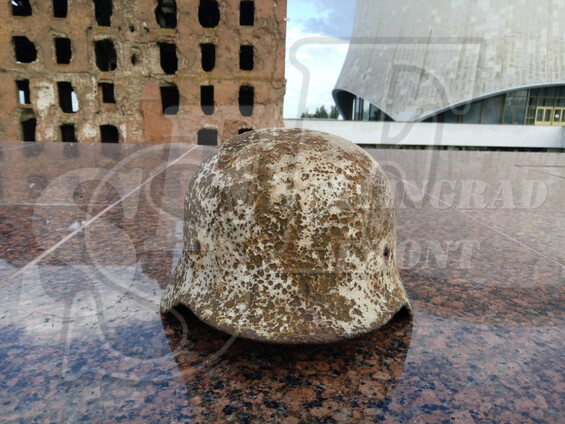 Product description: Helmet found in Stalingrad, in the Northern region. The helmet was found in a burned-out dugout. Winter camouflage. The signature of the owner of the helmet.