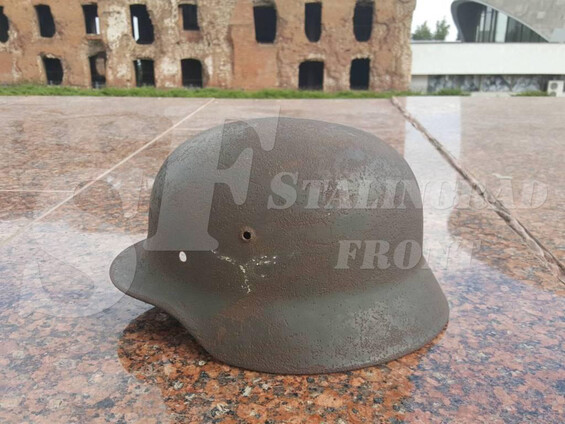 Product description: The helmet was found near the village Gorkovkiy (West of the city of Stalingrad (now Volgograd)) in the dugout. On Google maps is still clearly visible the dugout. But our information on these positions were units of the air defense and anti-tank company.