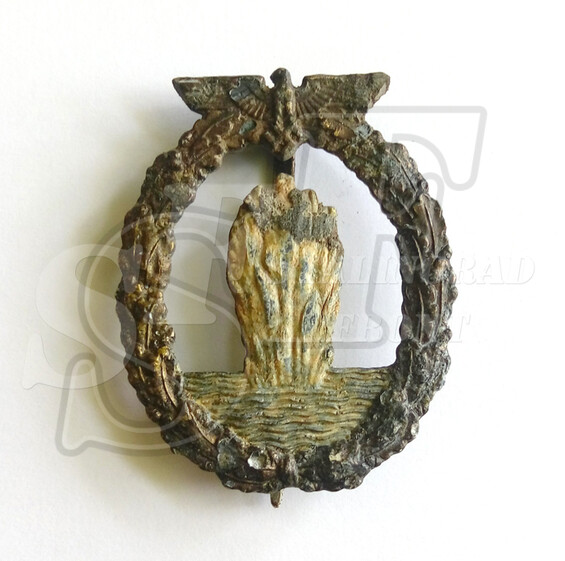 The badge has long been in the personal collection. Originally found near the town of Pillau (now Baltiysk).

From Wikipedia, the free encyclopedia

The medal, designed by Otto Placzek of Berlin, consists of an outer laurel wreath of oak leaves with the national emblem of eagle clutching a swastika (both golden coloured) at its apex. The central area features a representation of a sea mine exploding (grey colour). Inferior quality late-war versions can appear all gray as the gilt was known to wear off. The medal was produced in tombac and zinc.

The medal was worn on the lower part of the left breast pocket of the naval service tunic, underneath the 1st class Iron Cross if awarded, or equivalent grade award.

Award of this medal could derive from: