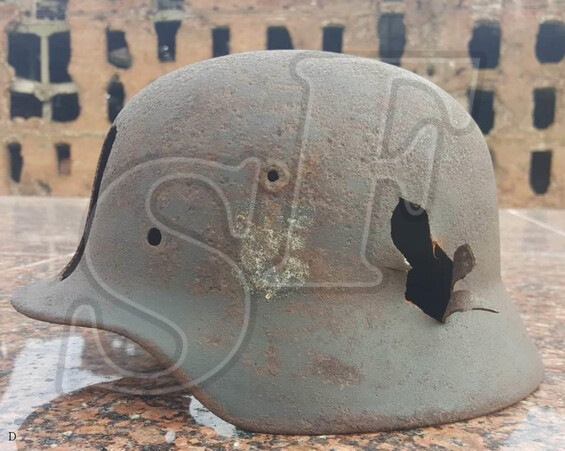 Product description: The helmet was found in a trench in the field in combat positions near the village Vertyachiy in the spring of 2017.