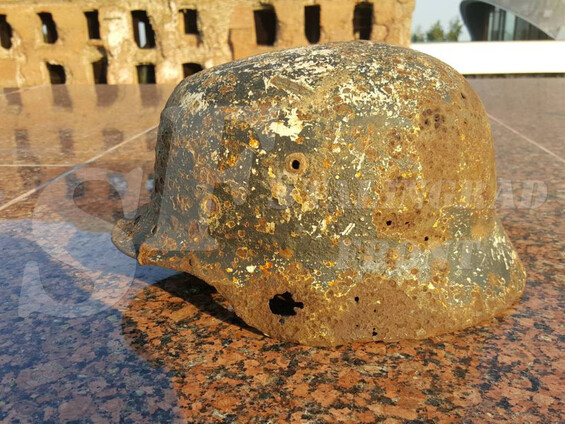 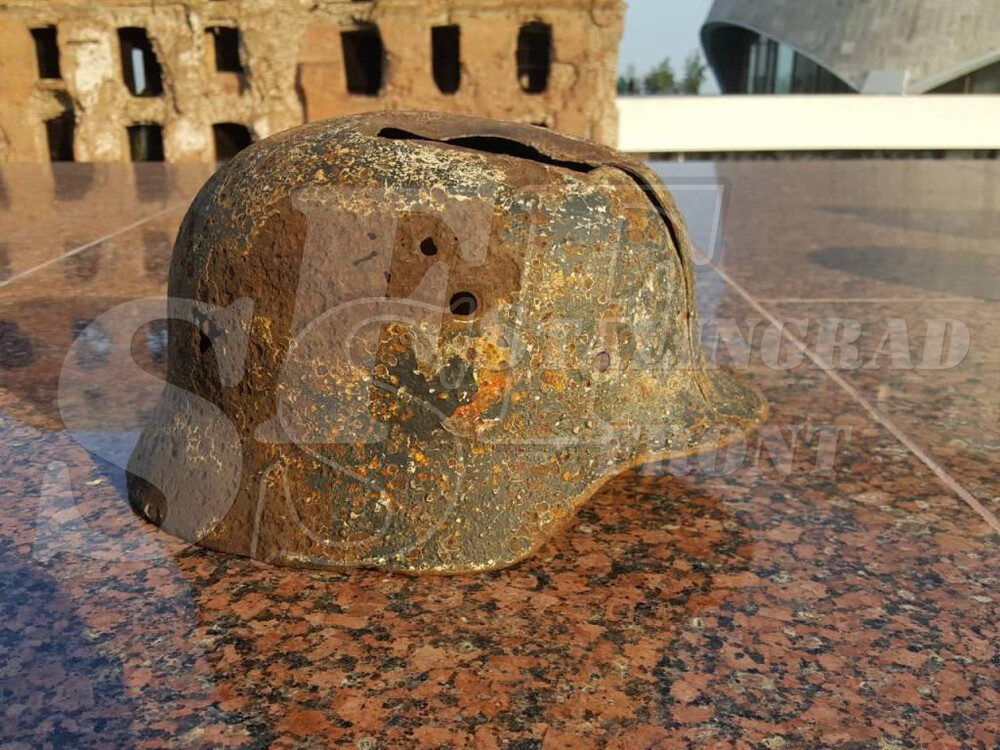 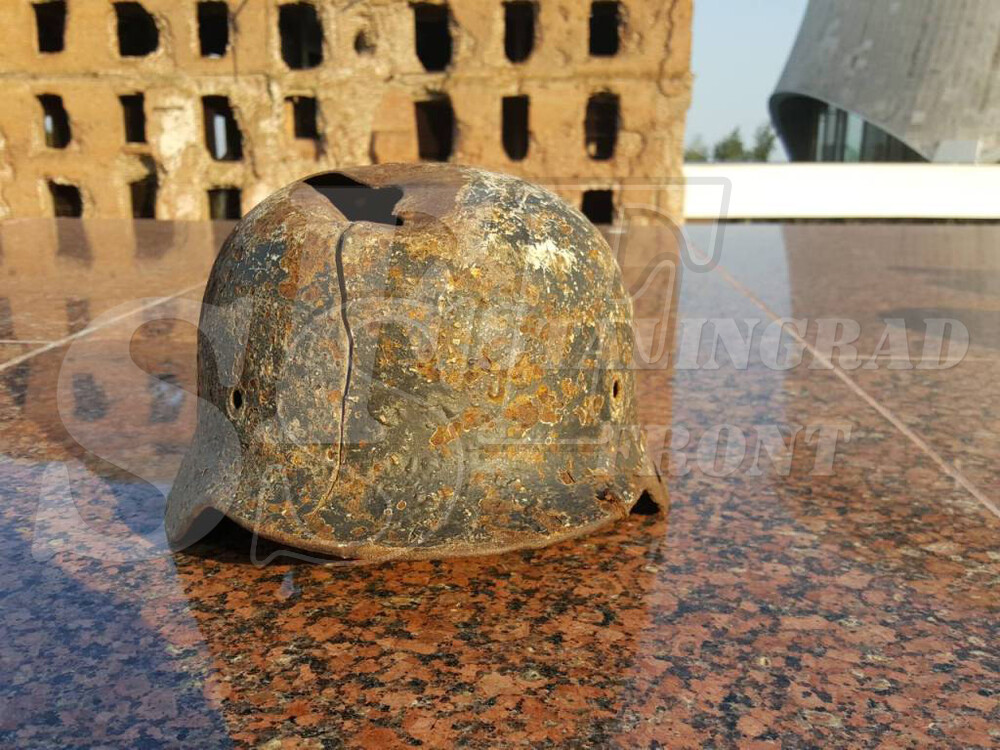 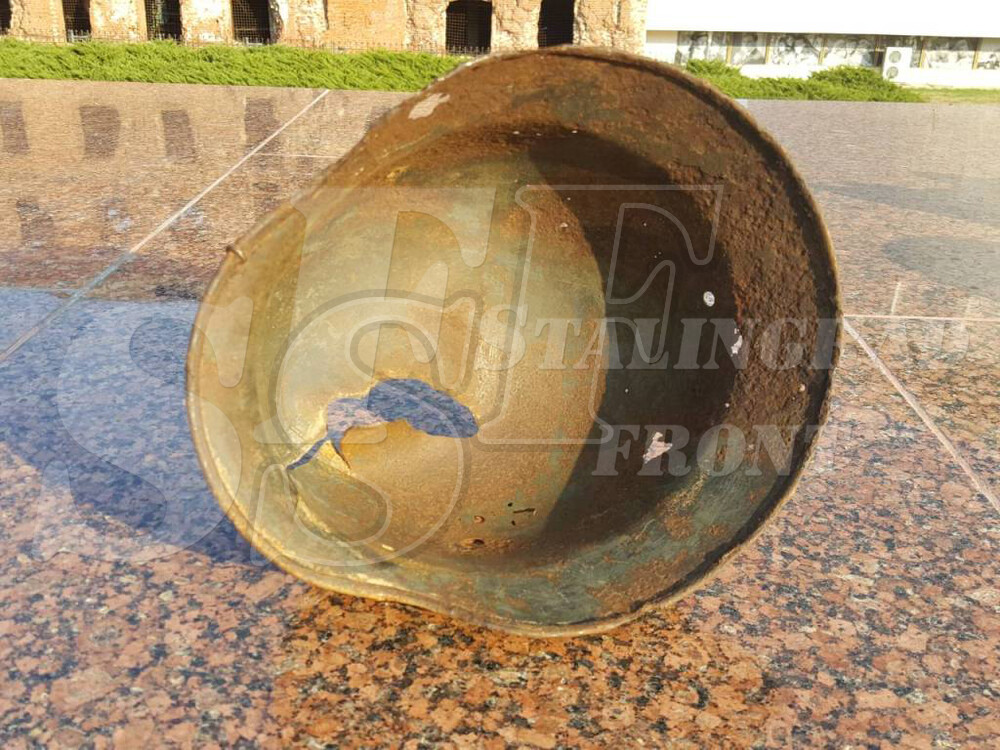 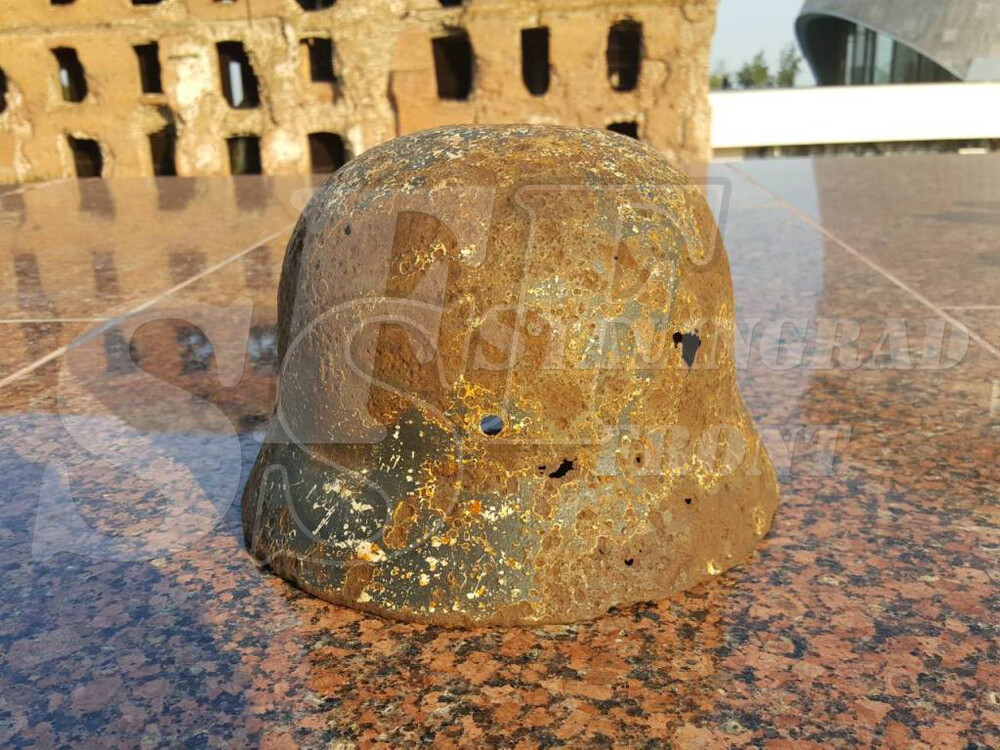 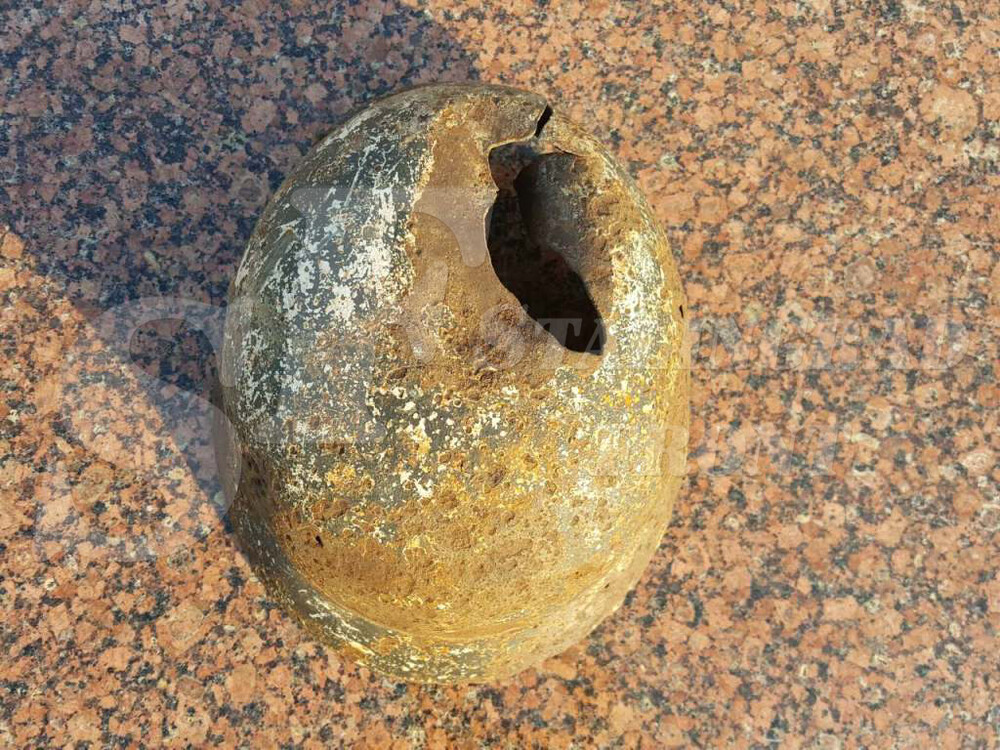 A helmet was found near the village of Ezhovka (Stalingrad region) in one of the dugouts, to the West of the city of Stalingrad (now Volgograd).