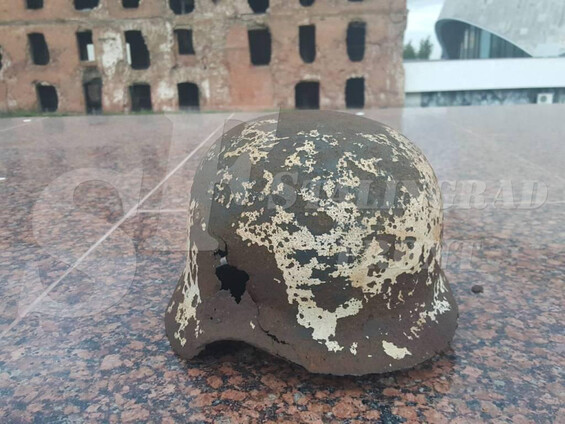 Product description: The helmet was found in the Central station area of the city of Volgograd (former Stalingrad) during construction works.