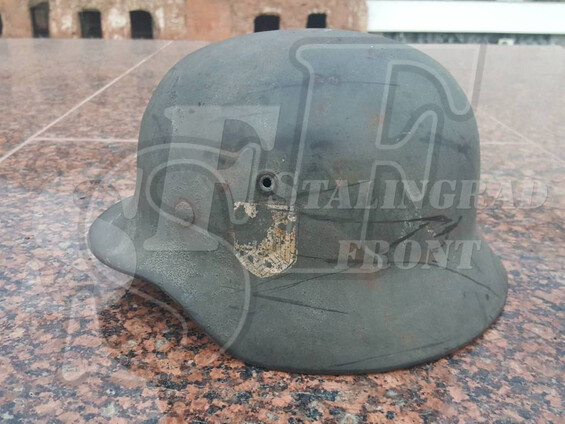 Product description: The helmet was found in the vicinity of the village Tregubovo (Novgorod region). The helmet is well preserved because it was in blue clay. The helmet was found two meters away from the headquarters dugout. Nearby were found fragments from artillery and Katyusha rocket launcher's shells. Most likely the bunker was destroyed by Soviet artillery fire.