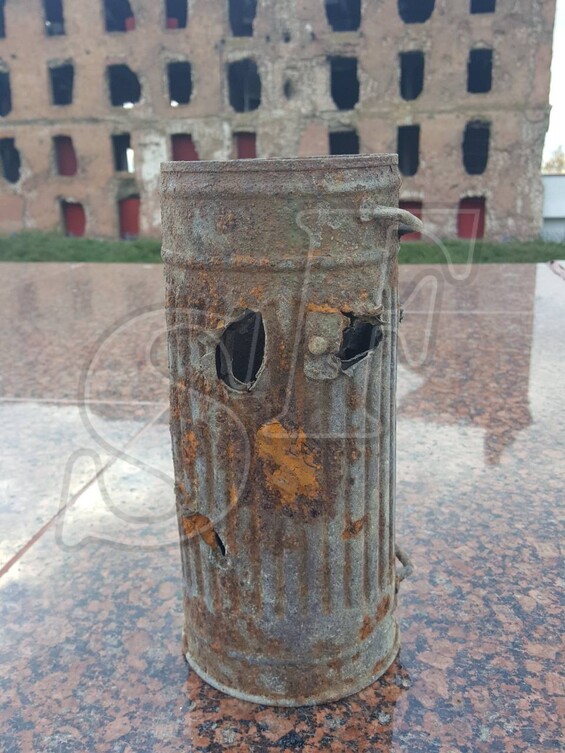 Product description: Was found on the North of the city of Stalingrad (now Volgograd) in the direction to the village Orlovka in combat positions. Has several bullet holes.