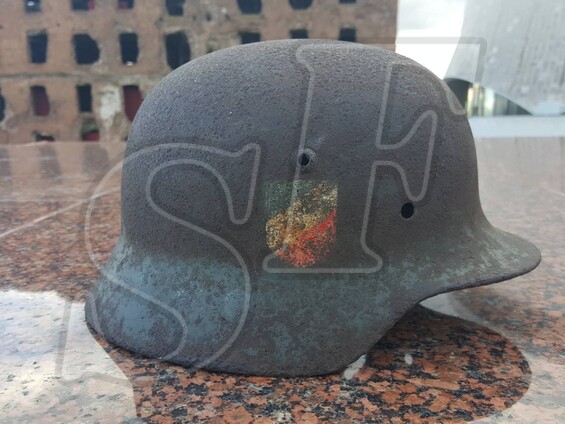 The helmet was found near the village of Marinovka in combat positions. Has a shrapnel hit to the left side of the helmet. Because the edges are bent outwards, it is likely that the owner of the helmet died in an explosion from below (e.g. from landmines or from shell fragments)