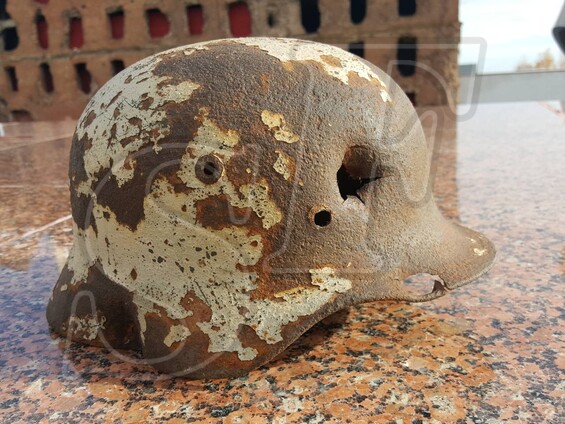 Helmet was found on the West of Stalingrad a few kilometers from the airfield Gumrak. Remains of winter camo. The helmet has two bullet holes in the frontal part of the helmet.