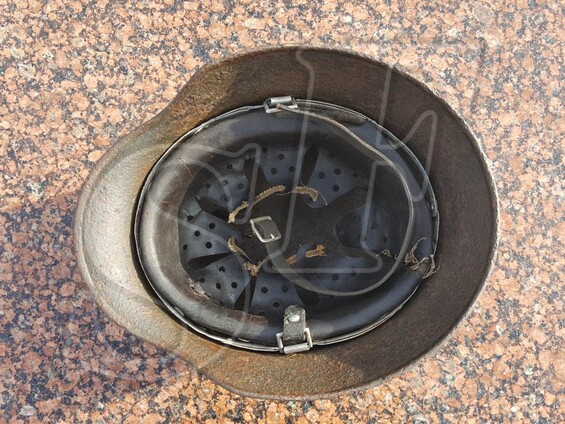 The helmet was found a few kilometers from the city of Dnepropetrovsk (Ukraine) on the banks of the Dnieper river in the dugout. Good original liner.