Demyansk Pocket - history of the battle

The Second World War came to the town of Demyansk in the fall of 1941, when it was abandoned by Soviet troops during a German counterattack near the city of Staraya Russa. And then for 14 months until the spring of 1943 this region was under German occupation.

For Stalin, Demyansk was an important milestone for the future breakthrough and dismantling of the front of Army Group “Sever” (“North”). As well as Hitler attached great importance to the retention of the Demyansk bridgehead because he saw a beginning of a victory march to Moscow in this strengthened area. In the military archives, battles for the liberation of this territory by the Red Army are known as the 1st and 2nd Demyansk offensive operations.

On January 7, 1942, the Soviet command initiated a large-scale offensive with up to 400,000 troops in the area of Staraya Russa and Demyansk. On February 8, at the significant cost of losses, the Red Army managed to surround, resulting in a "pocket" in which there were six divisions, including the motorized 3rd SS Panzer Division Totenkopf - only about 100,000 soldiers and auxiliary units. The German command repeatedly requested permission to retreat, but Hitler did not give it. Hitler’s reluctance to give orders for a tactical retreat throughout the war, according to the author of the article, is one of the main reasons for the defeat of the 3rd Reich in WW2.

The task of providing the surrounded soldiers with everything necessary fell on the wings of Luftwaffe. The entire transport aviation of Army Group "Center" and half of the transport aviation of the Eastern Front were involved to supply the encircled forces and to hold the Demyansk salient. The Germans managed to organize an excellent defense of the outer front of the pocket, and inside it they built a system of alternative fortifications and secured settlements and roads. The surrounded parts of Wehrmacht and Waffen SS successfully defended themselves, being surrounded for two months, and later they managed to break through the ring in the area of the village of Ramushevo. So severe battles were fought in the area of  this village that this place was named the Ramushevo Corridor of death. 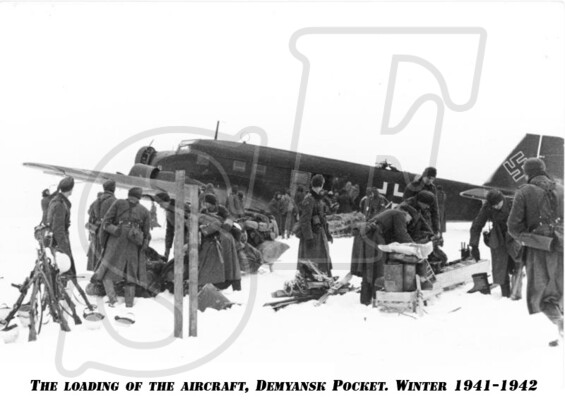 A break out of the encirclement was made possible thanks to air transport: with only 2 airfields German planes made about 15 thousand sorties, delivering 265 tons of cargo and 22 people in almost every plane to the pocket daily. Over the entire existence of the Demyansk bridgehead, 32,427 sorties were carried out with cargo and 659 with passengers on board. Soviet troops were not actively opposing the air which also made it possible to supply 100,000 soldiers and officers more efficiently. But as it is known in Stalingrad, such a “trick” by Hitler did not succeed, which led to very unfortunate consequences. By the way, about the Stalingrad airlift and the reasons for its failure, you can read here - LINK.

So, on May 5, the blockade was finally lifted. German troops retained the Demyansk salient and continued to hold the Ramushevo Corridor. Until the end of May, Soviet troops made attempts to liquidate the salient, but the command of the 3rd Reich transferred additional forces to the combat area, and the offensive was repelled.

The 2nd Demyansk offensive in February 1943 was more successful for the Soviet army. By that time, the Germans were defeated at Stalingrad and, so as not to bear the same losses, they left the pocket along the Ramushevo Corridor, “generously” mined it goodbye. Soviet troops accomplished their mission and destroyed the enemy’s Demyansk group, they threw back the Army group “Center” to the Smolensk and Vitebsk districts. 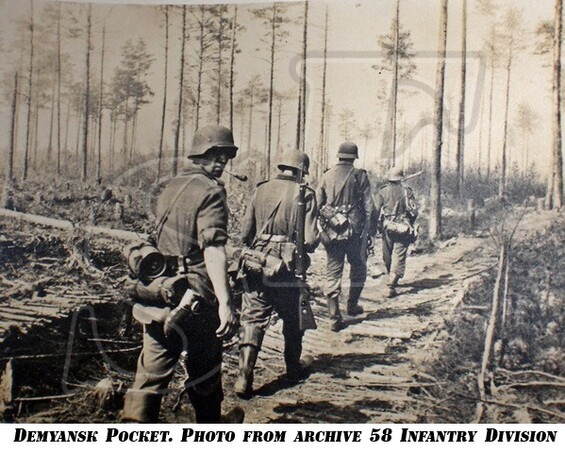 The results of the Battle of Demyansk

The Germans called Demyansk "reduced Verdun" - the battle of Verdun was one of the largest and bloody military operations in the First World War.

For the USSR, the losses in the Demyansk offensive operations were 2.5 times greater (and according to German data 4.5 times greater) and amounted to 245 thousand people. According to some reports, the leadership of the USSR  remained silent on another 100 thousand dead among the civilian population. The second Demyansk offensive operation can be called successful for the USSR only conditionally, since the main goal - to surround the enemy for a second time was not achieved.

However, in general, the Demyansk bloodbath brought tangible benefits: